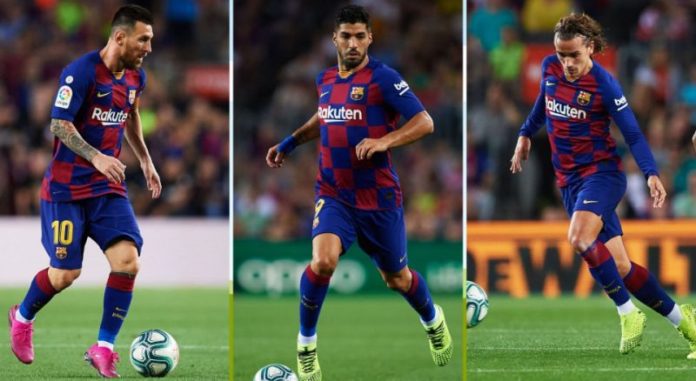 The Messi-Suarez-Griezmann connection is again evident. Barcelona did not play a good game in Prague, where they took three important points in their fight to get their ranking for the round of 16 in the Champions League as soon as possible.

Despite the fact that the match was faced in the first minutes with the goal of Messi with which he made history in a double game, the truth is that the trident is still not taking shape. Ipurua, where the three members of the MSG saw the door, seemed a pure mirage in Prague. The data attests it.

Messi and Suarez just gave a ball each to Griezmann while the former Atlético de Madrid did look for them a little more, supplying them with four and two passes respectively.

346 minutes have shared the stage having played six games together and scored six goals and given three assists between the two.

Griezmann has scored four in eleven games and has distributed three assists; Suarez has seven goals in ten games while Messi has signed three goals and has given three passes in seven.

It is therefore clear that at the moment they do not finish meeting on the field, something about which the three tenors have spoken on several occasions saying that “it is still early” and that “they lack time together on the grass”.

Watch: Victor Robles may be making the catch of the year...