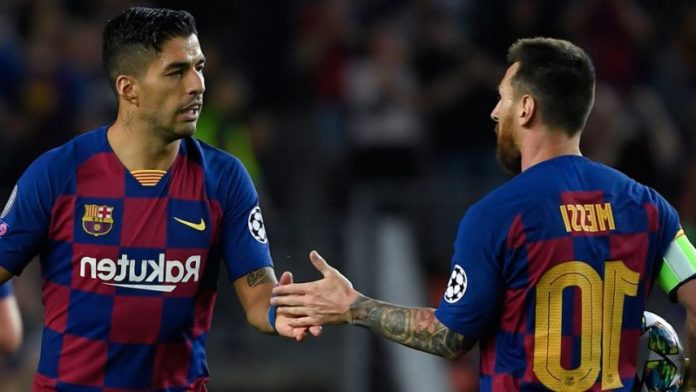 Luis Suarez had been more than a year since the Classic of October 28, 2018, which did not score a goal with his head. He had not done it with either Barcelona or Uruguay and it is well known that he has not seen the door far from Camp Nou in the Champions League for more than four years.

At thirty-two he no longer has the level that when he arrived in Barcelona from Liverpool but his good connection with Leo Messi – in addition to an innate ability to score goals, obviously – allows him to continue seeing the door.

So much so that the last three goals of the Uruguayan in Barça have been the result of an assist from Rosario and just as it happened against Eibar and Valladolid, the 1 to 1 that scored Luis Suarez at the home of the Leganes came preceded by another pass from Messi , this time when serving a foul a few meters from the area. The ‘ten’ served the Uruguayan a total of eight passes, one less than Junior Firpo, the player with whom he most connected to the Madrid team. It is a fact that contrasts with how little he looked for Antoine Griezmann.

The Rosario only served a single ball to the former Atlético while Ousmane Dembele gave four. He was the field player who received fewer balls from Messi. His connection is still not fluid even with the ‘ten’ as a midfielder and Griezmann freed to step on the right wing, which favors his left-handed game that goes inside. In some way, the attack front of Barcelona remains uncoordinated and despite the fact that the protagonists themselves deny a bad personal relationship, the games go by without the connection on the pitch improving the least.