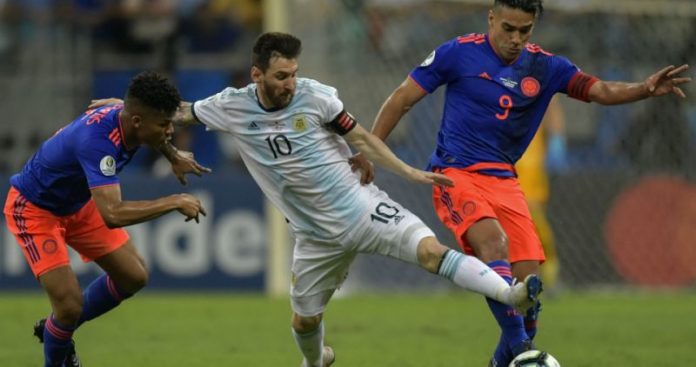 Lionel Messi and Radamel Falcao García have known each other for more than a decade. The first time they crossed was in the South American U-20 Colombia 2005, which remained in the hands of the coffee team, and since then they have faced several times with their respective selections and also at club level.

After receiving the Golden Boot, the Argentine star recalled the times he crossed the Tiger in Spain and only had words of praise for the Colombian. “Falcao and I competed in Spain for many years. I know him well from Atlético de Madrid. He is definitely a great striker and has scored countless goals in his career so far,” said Lío in dialogue with the Turkish newspaper Fanatik.

“He knows how to score no matter where he is. He is a complete forward, especially within the area. It is very difficult to stop and the ability to use both feet is an excellent feature. It is fascinating for me.”

In addition, the idol of Barcelona predicted a good future in football in Turkey. “I am sure it will show its quality in Galatasaray,” he concluded.

Lionel Messi and Radamel Falcao crossed each other during the 2011-2012 and 2012-2013 seasons, they even fought hand-by-hand the Pichichi in LaLiga, a distinction the Argentine won. In 2012, the year in which the Argentine won his fourth Golden Ball, the Samarium was second in the fight for the Puskas Prize and both were part of the ideal team of the season.

The MLB game was suspended last night for an interesting reason