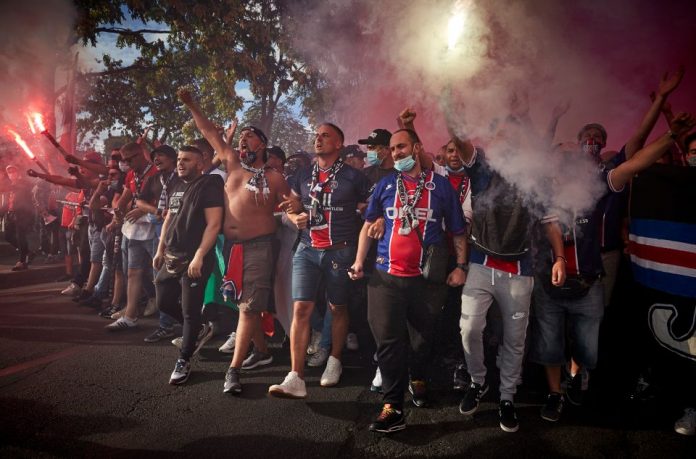 The madness for Messi breaks out in Paris. Fans crowd the airport waiting for Leo. The fans of the Parisian team have already been waiting several hours at Bourget airport for Messi‘s arrival in the city.

The rumors that Messi may reach PSG continue to gain strength, in fact, the same player has made it clear that there are real possibilities of reaching the team led by Pochettino and in this situation, the fans of the French team have overflowed with euphoria crowding the airport of Paris waiting for the Argentine star.

The team’s fans have already been waiting several hours at Bourget airport for Messi to arrive, but since the rumors that linked the former Barcelona footballer with PSG began, hundreds of fans have taken to the streets unleashing a total madness in Paris.

Despite the fact that there is still nothing official, and that Messi is still a free agent, the French team leaves as the favorite to take over Messi’s services, after Pep Guardiola closed the doors to him after the arrival of Jack Grealish.

In this sense, everything seems to indicate that the news could arrive this Monday or even Tuesday, however, the French newspaper L’Equipe assures that it is a matter of hours for Messi to sign his new contract with PSG.

But apparently, not everything is rosy for the powerful French club, because the hypothetical arrival of Messi could mean the departure of one of its most important players: Kylian Mbappé, who, due to a financial Fair Play issue, could leave the club to an imminent arrival at Real Madrid.

What is the annual award that Cristiano Ronaldo received six times...