Home Sport Messi, the “extraterrestrial” who wins the applause of Arturo Vidal 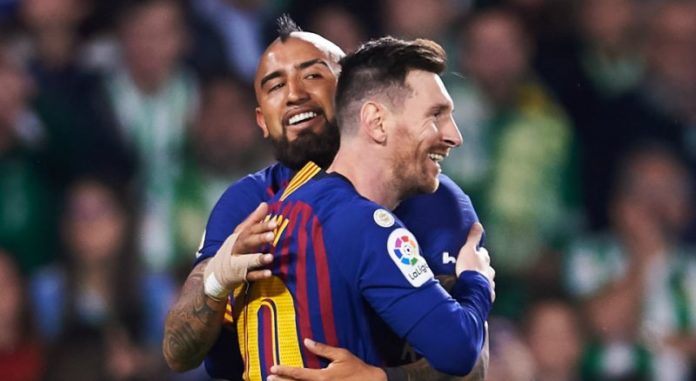 Lionel Messi, captain of Barcelona, ​​received on Wednesday the Golden Boot of the season that accredits him as the best scorer in Europe for the sixth time in his career. The Argentine star is the player who has received this recognition more times, while the second is Cristiano Ronaldo, with four.

The Chilean flyer published a photograph of the Argentine star on his Instagram account, in which he wrote: “Congratulations extraterrestrial”, along with a series of emojis with applause.

It should be remembered that thanks to the 36 goals scored in the previous course in LaLiga, Messi was able to win the award that was also pursued by Frenchman Kylian Mbappé, although the PSG attacker was left with 33 conquests.

“Thank you very much everyone for being here; Without my team or my teammates I would not have won one of the trophies won. It is a recognition for the entire wardrobe, ”said the player at the event held at the former Damm brewery.