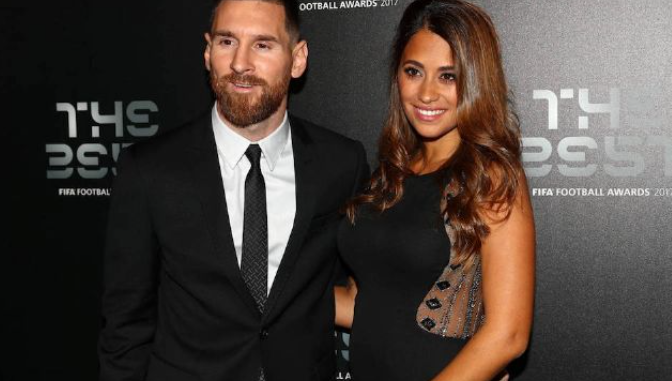 Antonella Roccuzzo became a sensation in the networks again with a tender photo with her family.

Lionel Messi’s wife , Antonella Roccuzzo again caused a furor on social networks, this time with a Christmas message, accompanied by a family photo where she leaves with the footballer and his three children in red pajamas.

In the image, which already has more than a million “likes”, a large Christmas tree appears next to them and the “Old Man Pascuero”, but what caught the attention of his followers was the outfit, because the five family members wear an outfit from the exclusive Dolce & Gabbana brand.

After surpassing Pelé as the top scorer, the Barcelona star traveled with his family in a private plane to spend the festivities in Rosario, Argentina, his homeland. On Sunday he must appear with his team’s squad to train, for which he must quickly return to Spain.

“We wish you a Christmas full of love and health. Merry Christmas,” he wrote in the post where his children Thiago, Mateo and Ciro appear.

Pink Floyd publishes 12 albums live on streaming platforms as a...