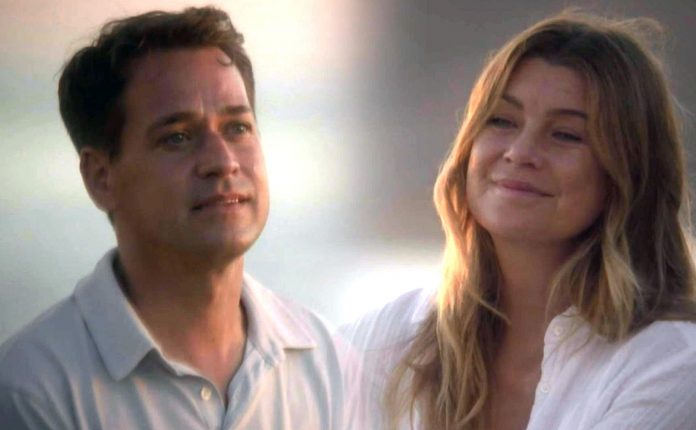 Grey’s Anatomy doesn’t stop when it comes to awkward relationships, fans have been taken aback by more than one couple and wonder what the characters were thinking when they became related.

But no one has received more criticism for an ill-advised relationship than Meredith Gray (Ellen Pompeo) and George O’Malley (TR Knight). Let’s remember that the couple only shared one night together. However, it was so bad that it left a lasting impression on many fans who are still ashamed of it.

Just when things started to turn off, George’s recent comeback on the show has brought back some of those feelings. From episode one of Grey’s Anatomy, everyone knew that George had a crush on Meredith.

Everyone also knew that she only saw him as a friend. Truth be told, if the couple hadn’t worked and lived together, she probably wouldn’t have given George the time of day since she doesn’t tend to relate to people who aren’t directly in front of her.

So that changed in the second season of Grey’s Anatomy, after Derek Shepherd (Patrick Dempsey) broke up with Meredith so he could work on his marriage to his wife. In turn, Meredith was in a vulnerable position and she decided to confront her father whom she had not seen since she was a child.

Similarly, Meredith (Ellen Pompeo) was struggling to stay together when George approached her and the couple slept together. It was one of the most embarrassing moments on Grey’s Anatomy when Meredith burst into tears and George stormed out.

For that reason, the relationship between Meredith Gray and George O’Malley is considered the worst couple ever seen in the history of the Grey’s Anatomy program.