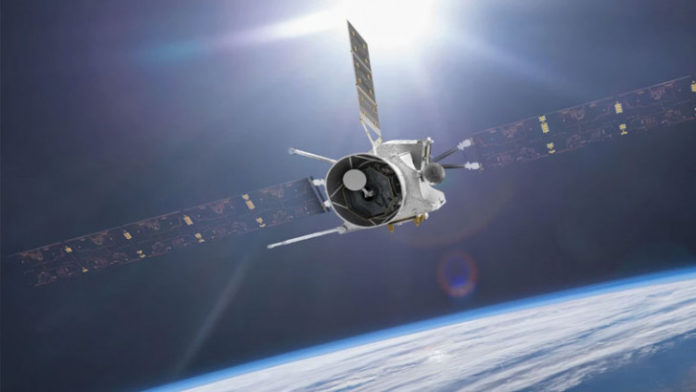 Launched into space by the European Space Agency on October 20, 2018, BepiColombo completed one of the important maneuvers on its journey to Mercury. BepiColombo performed the gravitational slingshot maneuver using Earth’s gravitational force.

Today, even though the technology is advanced, we are still unable to reach the planets in our Solar System and have not obtained enough information about these planets. That’s why many private or national space agencies are launching new vehicles to explore other planets.

BepiColombo, one of these vehicles, sent to space by the European Space Agency (ESA), left an important step in its journey towards Mercury, the nearest planet to the Sun. BepiColombo has completed the gravitational slingshot maneuver around Earth that is essential for long journeys.

Maneuvering through the eyes of BepiColombo:
BepiColombo completed the maneuver at which the Earth accelerated by using gravity at 12.700 km altitude at 10:20 am on April 10, 2020. As the spacecraft completes this important maneuver, magnificent images were taken from the spacecraft.

Launched into space on October 20, 2018, BepiColombo is still on a journey that will last for 7 years. The vehicle is planned to reach Mercury in 2025. Of course, reaching Mercury is not as easy as stepping on the gas. BepiColombo will complete 9 very important maneuvers on this journey.

The Earth maneuver, which is only the beginning for the spacecraft, will be completed twice around Mercury and 6 times around Mercury before entering the orbit of Mercury. These maneuvers will provide the acceleration / deceleration required for BepiColombo to complete the journey.

In the statement made by ESA, it was announced that BepiColombo’s maneuver around the World is done without encountering any danger. BepiColombo, powered by solar energy, remained in the shadow of the Earth for 34 minutes during the maneuver. However, since the vehicle reached full charge capacity before this maneuver, it did not encounter any problems in this process.