Home Tech Mercedes Takes You To The Future With This Car That Can Read... 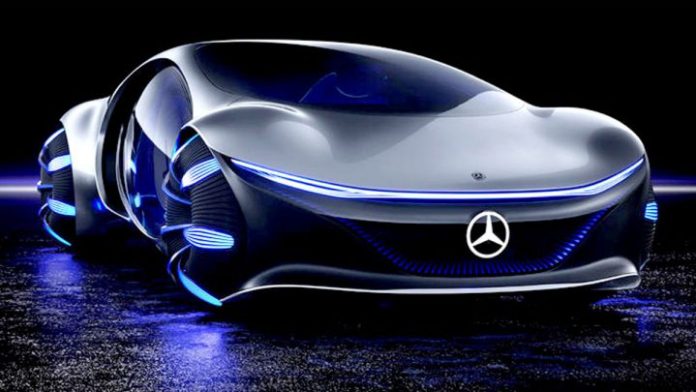 Mercedes: Technology has completely reached our cars, and it is that every day we can see how they are more intelligent and have a greater technological section. While autonomous cars are already a reality, despite the fact that progress is slow, the truth is that today there are many technologies with which most models on the market are equipped. However, Mercedes-Benz has overshadowed at the IAAA Mobility 2021 fair in Munich by showcasing the capabilities of its Vision AVTR prototype.

So far, we have been able to see how it is possible to control certain functions of the car with our own voice, as there are many models on the market that park alone or even those that are capable of autonomous driving. However, the German manufacturer has surprised with a new technology that allows you to perform certain functions just by thinking about them.

Yes, it seems that it is something taken from a futuristic film, but the truth is that all the people who have had the opportunity to go through the fair, have been able to see how it is an authentic reality. It is a technology based on visual perception that uses certain points projected on the digital dashboard of the vehicle together with a BCI device that includes portable electrodes connected to the back of the driver’s head.

After a short calibration period, this device is able to begin to record and measure the brain activity of the person behind the wheel and detect if the driver’s eyes are fixed on any of the points or symbols on the vehicle’s dashboard. . In that case, the device is capable of detecting the light or symbol that the user has fixed on and performing the corresponding task.

Although it is a prototype, the truth is that this suggests that very soon we could have this new technology in some models that will soon be on the market. In this way, it would no longer be necessary to touch the instrument panel to perform any action, we would not even have to have a voice assistant for it. It would only be enough to take a look at what we want to do on the vehicle’s panel and without further ado, it would be executed automatically without any interaction from the driver.

This is not the only surprising technology that Mercedes-Benz has shown at the IAA Mobility 2021 fair, since it has been possible to see how this prototype equipped wheels that can turn enough to allow the vehicle to move sideways.

AirPods Pro Is A Release Since October 30