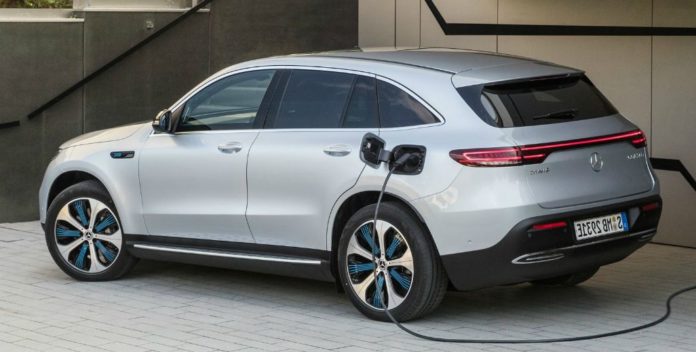 German automotive giant Mercedes had to cut the production target of the fully electric SUV model EQC in half due to its supply problems in battery. EQC was the brand’s first new generation electric vehicle operating under the umbrella of Daimler.

Mercedes, one of the most valuable automotive companies in the world, is struggling with the problems surrounding the electric SUV model EQC. According to the information reported by Germany-based Manager Magazine, the company halved the production target of the EQC in half due to the problems in the supply process of the batteries used in the SUV model.

EQC, the first generation electric car of the German brand, has been on the agenda with production and supply problems for a while. In addition, the sales performance of the vehicle is well below expectations. Mercedes had delayed the US deliveries of the EQC model by one year, shifting it to 2021. Stating that it will give priority to European deliveries, the company has been in a difficult situation due to LG Chem’s failure to meet the battery demand.

Mercedes has not yet achieved its targeted demand in the electric car industry
In the news of Manager Magazine, it is stated that the production targets for 2020 Mercedes-Benz EQC have been changed between 60,000 and 30,000 units. In the news, Daimler wants to sell approximately 25,000 EQCs in 2019; however, it is said to have managed to produce only around 7,000.

On the other hand, Mercedes is not the only company that has problems in battery cell supply. Giant brands such as Hyundai, Audi and Tesla have not been able to meet their production targets due to similar problems.

Mercedes, one of the companies with the highest emphasis on electrification, made an important investment in new generation Li-ion batteries last year. The supply problem experienced by the German brand is expected to be resolved in the long term; however, in the short term, LG Chem and other suppliers seem to have difficulty meeting high demand.

WhatsApp | How to Accept The New Conditions and Privacy Policies