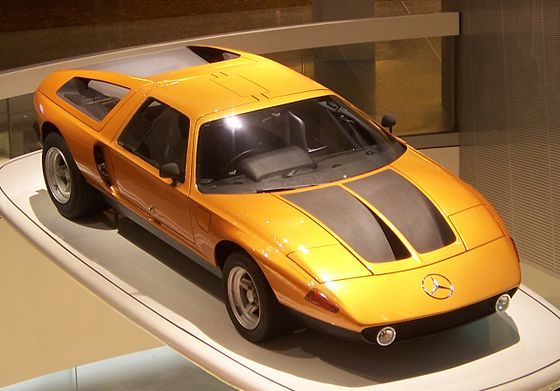 We know that automakers do not start production, although they make very eye-catching concepts from time to time. Mercedes-Benz C111-II, which is among the vehicles that taste the taste of car lovers, turned 50 years old.

Concept cars are exhibited in every car show. Some of these cars go into production, others do not see the expected attention. Some only show the vision of companies. Very rarely, some concept vehicles attract great attention but do not enter production.

Lincoln Futura, also known as Batmobile for some time, is probably one of the famous concept cars that were not produced. One of the vehicles that car enthusiasts could not forget was the C111-II model, which Mercedes-Benz introduced in 1970.

The old man is still glamorous
Mercedes-Benz first introduced the original C111 at the Frankfurt Motor Show in 1969. Months after that, the C111-II appeared at the 1970 Geneva Motor Show. There are dozens of photos of this eye-catching vehicle.

Probably the most curious thing about this model is why the German giant never put the car into mass production. The orange and black vehicle with the upward-opening doors, signed by Bruno Sacco, was one of the highest-level designs of its era.

It is known that the accident in Le Mans races in 1955 was effective in the fact that the car was never produced. In 1955, at the Le Mans races, a Mercedes hit one of Austin-Healey from behind and threw the vehicle onto the audience, killing 84 people and injuring 180 people. Daimler had moved away from the idea of ​​sports cars after that incident and decided to build only dream vehicles.

Another alternative is that companies started to take passive security measures at that time. It may be that they could not meet certain criteria, we could not see the C111-II model on the roads, and they could not reach the conditions set at that time. Because, for this model, real checks were sent to Daimler’s headquarters in Stuttgart.

300 km speed in 1970s
The C111-II would be a pretty good car for the 1970s. The vehicle would have four rotors (rotating part of the engine) and horsepower would also turn to 345 horsepower. The time it took for the vehicle to go from 0 to 100 was under 5 seconds and could reach 300 kilometers per hour.

Let’s look at the opportunity spent by Daimler with C111-II as follows: The aim was to “produce a small, reasonably priced sports car” when the studies for C111 started. Another car with the same purpose, Ford Mustang is known as a legend today.

The C111, the first Mercedes model completely designed on the computer, developed much more and progressed aerodynamically until 1970. The car remained a pleasant moment in the past.