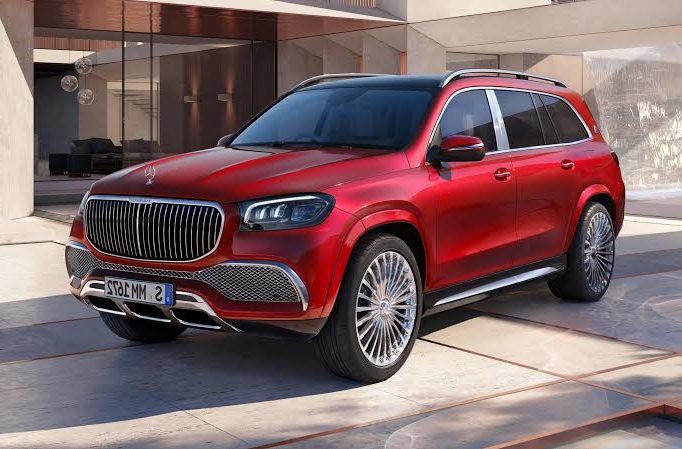 A new SUV model was introduced under the Mercedes-Maybach brand, in which Mercedes-Benz produces ultra-luxury models. The Mercedes-Maybach GLS 600, which the company has been working on for some time, finally came to light with all the details.

Originally founded in 1926, Mercedes-Benz, a German-based automotive company, currently produces both luxury and sports cars, but launches its ultra-luxury models under the Maybach brand. Next to the Mercedes-Maybach S-series, which we have seen many times before, another series has been added.

Mercedes Benz today unveiled the new ultra-luxury SUV, the Mercedes-Maybach GLS 600. The Mercedes Maybach GLS 600 with its exquisite design seems to be more luxurious than any SUV model in its class. For the first time, the car manufacturer added 48-volt EQ Boost support to its 4.0-liter V8 dual-turbo engine.

Next to the car, there is a step that opens automatically when the door is opened. These steps are completely aluminum coated and prevent slipping. Steps, in this way adds a luxurious image to the vehicle and also makes it easier to get into the vehicle. The new Mayback GLS also features an electrically controlled sunroof.

The car has heated and ventilated seats, which also have a massage feature. The seats are of different colors, although they come with a taut structure provides a very soft feeling.

In addition, the interior of the car has LED panels and these panels can provide 64 different colors. These LED panels are positioned in three different locations: the car’s seats, the rear console and the ceiling.

Maybach GLS 600 technical specifications:
The Mercedes-Maybach GLS 600 features powerful luxury features as well as attractive luxury design. The 550 horsepower V8 powered by a 4.0-liter engine, the GLS 600, from 0 to 100 km / h speed in approximately 4.8 seconds. The 550-horsepower engine is powered by a 48-volt EQ Boost system and provides a 21-horsepower contribution to the engine when necessary.

The car’s price tag, although no information about the second half of 2020 is planned to be released in the United States market. Mercedes, adding an SUV model in the ultra-luxury category, seems to have proven itself enough in this area.

The CPF is approved for use as identification.