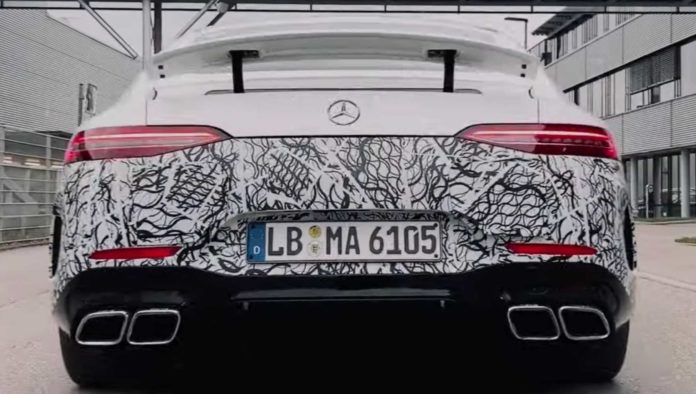 Mercedes-AMG, a subsidiary of Mercedes-Benz, which produces high-performance vehicles, shared a video celebrating this year as it approaches the end of 2019. At the end of the video, the German company also introduced the highly anticipated new Mercedes-AMG GT 73.

Headquartered in Germany, Mercedes-AMG first worked as an independent engineering company and developed Mercedes-Benz’s vehicles in a performance-oriented way. The company, which operated in this way from 1967 to 1999, was acquired by Daimler AG, which later became the owner of Mercedes-Benz and one of the leading companies in the German automotive industry.

The company, which now owns its own brand and produces its own vehicles independently under the Mercedes-Benz AMG brand, develops more performance models than Mercedes-Benz. Mercedes-AMG, which introduced AMG GT concept car in recent years and gained much attention and appreciation, showed the GT 73, which will be the production version of this car, to its fans at the end of the year in a thank-you video.

Mercedes-AMG’in shared with the video that emerged in the GT 73 model, the AMG GT concept is described as the release version. According to reports, the GT 73 will be powered by a dual-turbo 4.0-liter V8 engine. The difference of the new model is that it has an electric motor on the rear axle to get extra power.

The 800-horsepower GT 73 will come with a 9-speed transmission. The GT 73 will be equipped with advanced four-wheel drive technology, which can reach a top speed of 100 kilometers per hour in just two seconds with the power provided by its electric motor. It is not known exactly when the car will be launched, but it is planned to arrive in 2020.

Bitcoin exchange: a step back with the American government