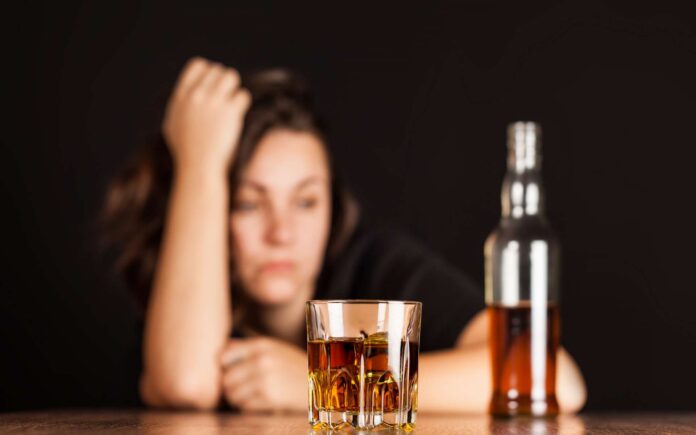 Women consume less alcohol than men in France, but they are not more immune to the harmful effects of alcoholism. Indeed, a hormone acting exclusively in women alters the response of neurons to alcohol.

According to Public Health France, 10% of the French population consumes alcohol daily. Women are less likely to drink alcohol daily, but are rather occasional consumers (55.7% of women against 36.8% of men).

While men are more likely to chain drinks, women are more sensitive to the harmful effects of alcohol, despite more moderate consumption.

This difference could be explained by the secretion of a hormone which modifies the neuronal response in women. This is the conclusion of a study published in The Journal of Neuroscience, the results of which were obtained in laboratory mice which have a nervous system close to that of humans.

In women, alcohol consumption is associated with significant biological changes. The level of estradiol (E2) increases and alters the dopamine system, a neurotransmitter in several pathways of the central nervous system including that of the reward. When E2 levels are high, neurons in the ventral tegmental area of ​​the midbrain react more intensely to the presence of ethanol and release dopamine.

Taking alcohol is therefore more “rewarded” by the nervous system of female mice than that of males. By blocking certain receptors (ERa and ERb) of estradiol in neurons, the behavior of binge drinking, that is to say consuming a lot of alcohol in a very short time, fades in females while it persists in males.

“If alcohol consumption is higher during periods when estrogen levels are high, it can contribute to both alcohol-related health risks but also increase the risk of developing alcohol problems.” severe alcoholism ”, explains Amy Lasek, co-author of the study for the Inverse site.