Home Crypto Meme Coin Predictions from Analysts: Which SHIB Is Next? 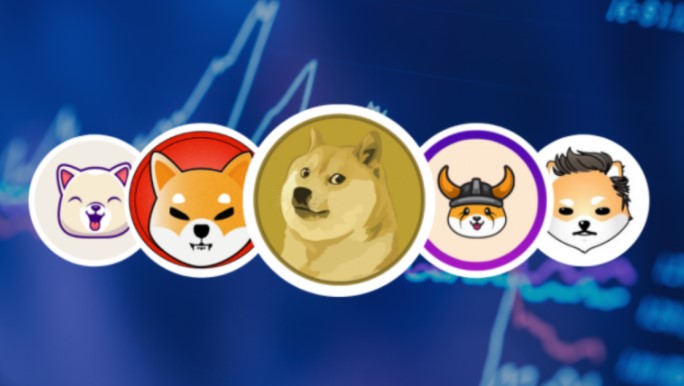 In the past year, some meme coin projects with emerging cryptocurrencies have produced surprising results. Dogecoin (DOGE), a token created as a joke and inspired by the dog Shiba Inu, has risen more than 3,300% since the start of the year, according to data from CoinDesk. The Shiba Inu (SHIB) from the same breed of dog has increased more than 45.5 million percent to date. Christopher Vecchio, Jason Desimone, and Guy Gotslak discuss the future of their meme coin project and whether it would be a good investment.

Do meme coin projects have a future?

Such results have prompted some investors to look for the next meme coin project stars. However, Christopher Vecchio, senior currency strategist at Forex analysis site DailyFX, says in an interview that the current market environment may not help the rise of new meme coins:

In an environment defined by weaker major cryptocurrencies, I don’t believe individual investors will jump on a new listing and try to win big too quickly.

Major cryptocurrencies have come under selling pressure as the Fed accelerates the reduction of its bond-buying program and plans three rate hikes in 2022. Bitcoin is down almost 30% from its all-time high of $68,990 in November, while Ethereum is down more than 18% from its record high of $4,866, according to data from CoinDesk. Some analysts say that increased institutional participation in the crypto market could narrow the space for meme tokens. Jason Desimone, head of blockchain at crypto-focused software company Ubik Group, shared:

As the market becomes more efficient and more smart money arrives, there is less individual money. I think we’re going to see more value flowing into cryptocurrencies with real utility compared to those who just follow a community.

“Invest carefully or not”

Analysts say investing in meme coin projects isn’t always a safe bet. “A lot of people will gamble on these cryptocurrencies as they try to choose the next Doge or the next Shiba,” said Jason Desimone, reminding that many people get burned on the road. Industry participants emphasize that it is important for investors to always exercise caution when deciding which tokens to invest in, and try to avoid scams such as “carpet pulling”, which refers to situations where developers abandon a project and run away with investor funds.

One example is Squid Game (SQUID), a cryptocurrency that gained attention in part because of the popular Korean TV show. As we reported on Somanews, the token went from $39 to $2,857 in just three hours and then dropped to almost zero. On-chain data and evidence from Twitter and Telegram suggest that the developers abandoned the project and cashed out the tokens. However, there were some early signs. Some investors have reported in the crypto’s whitepaper that while there were a few typos, they could only buy and sell SQUIDs.

Guy Gotslak notes that when reviewing crypto projects, investors should look at the track record of developing teams and verify if they are legitimate. Stating that it is also very important to look at the distribution model of the token, Guy Gotslak says:

You don’t want the founding team to own too many tokens. Because that can be risky, right? They could just withdraw the money and run. Make sure that no single person is more than 5%.

Analysts note that a common character that defines successful meme coin projects is that they usually have a strong community around them. “It really focuses on making something unique that grows and engages the community, something that hasn’t been done yet,” says Jason Desimone. Pressure from a celebrity like Elon Musk can also help, according to Christopher Vecchio. On the other hand, Jason Vecchio often comments on Musk as “someone who voluntarily pumps his name”.