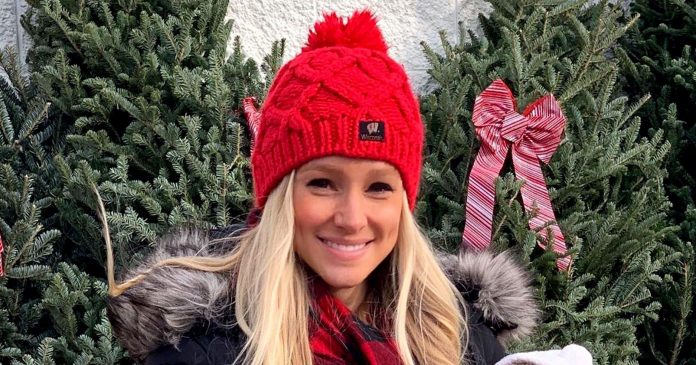 Congratulations in order! Challenge graduates Melinda Collins and her husband Matt Collins are expecting a baby boy in October this year.

“I am delighted with the new chapter in our life! #boymom,” Collins, 38, captioned an Instagram photo of a poster on Monday, July 4, with the caption: “Red is white and lots of blue! Baby Collins is a boy! It will debut in October 2022.”

The reality show host suffered a miscarriage in March 2021 after announcing her pregnancy a month earlier. “I had to endure the pain of labor and the full birth of my precious baby, and then I couldn’t take her home with me. Life is hard. Life can really suck sometimes. … We are devastated. We are suffering. I never thought that at five months I could lose a child. But it happens. I’m still reeling from the last 48 hours and honestly don’t know when I’ll get back to any suspicions about my normal self,” Collins wrote on Instagram at the time.

In November 2021, the Wisconsin native told Us Weekly that the loss of her daughter pushed her to participate in the second season of The Challenge: All Stars.

“It’s so crazy because I lost my daughter when I was five months pregnant. I would say three weeks after that one of the talent coordinators [from The Challenge] contacted me and said: “I know you’re really going through something, but would you be interested in doing it?” explained Collins.

The most memorable (and the dirtiest!) relationships in Challenge

Collins told us she didn’t think she would return to reality TV after becoming a mom; she and her husband welcomed their first son Camden in November 2019. “I just thought that being a mom, I would never do it again,” she shared. “So, I’m a mom, and this is, like, the coolest thing I’ve ever done. I just adore my son Camden.”

After the miscarriage of the “Blonde Moments” podcast, her son and husband comforted her. “I’m trying to look for all the good things in life and focus on my son,” she wrote on Instagram at the time. “Fortunately, I have a wonderful husband who supports me in everything, and our friends and family provide incredible support.”

Collins and her husband got married in January 2016. She was previously married to fellow Real World alumnus Danny Jamison from 2008 to 2010.

The Omen gave David Warner one of the greatest deaths in...