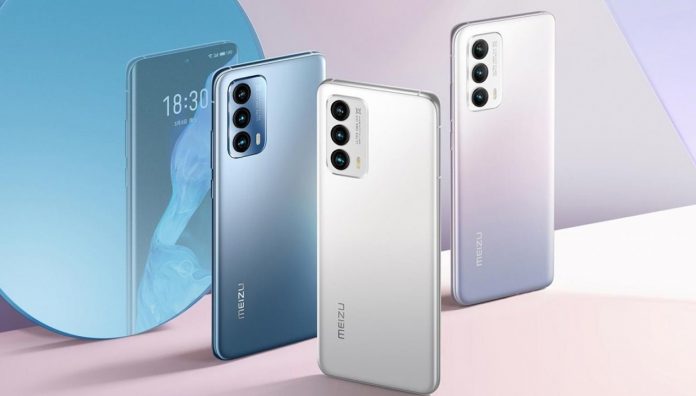 Meizu 18 stands out with its price performance. Meizu 18 series was introduced on March 8. The Meizu 18 series sold 100 million yuan (about $ 15 million) worth of phones within a minute of its launch, becoming the top-selling model in the company’s history.

Powered by Qualcomm Snapdragon 888, one of the most powerful mobile processors, phones with up to 12 GB of RAM and 256 GB of internal storage options; It managed to attract attention and almost half of its users came from Apple.

In the official announcement made by Meizu Technology; Meizu announced that 45 percent of new users who bought Meizu 18 were those using Apple’s iPhone models. He also thanked its users for their unparalleled love for their flagships.

In the poster shared by Meizu, “Welcome. 45 percent of new users who own the Meizu 18 series phone are Apple users. ” statements were included.

When we look at the Meizu 18 model, the front camera is centered on the top of the 6.2-inch perforated AMOLED screen. While 8 GB and 12 GB RAM options are accompanied by 128 GB and 256 GB storage options, UFS 3.1 technology is used. On the back of the device, a 64 Megapixel Sony IMX682 main camera is accompanied by a 16 Megapixel ultra-wide and 3x optical zoom 8 Megapixel telephoto camera. The phone with a 20 Megapixel front camera is offered for sale in White, Blue and Purple color options.

Meizu 18 Pro, which has a larger screen size compared to the standard model of the series; It greets us with a 6.7-inch Samsung E4 AMOLED display. The model that protects its screen with the Corning Gorilla Glass 6 system; It is paired with 8GB and 12GB LPDDR5 RAM and 128GB – 256GB UFS 3.1 storage. Designed with a 50 megapixel Samsung GN1 main camera, the device was unveiled with a quad camera setup. On the front is a 44 Megapixel selfie camera. This model is also available in White, Blue and Gray color options.