Home Tech Meizu 18 and 18 Pro introduced! Here are the features 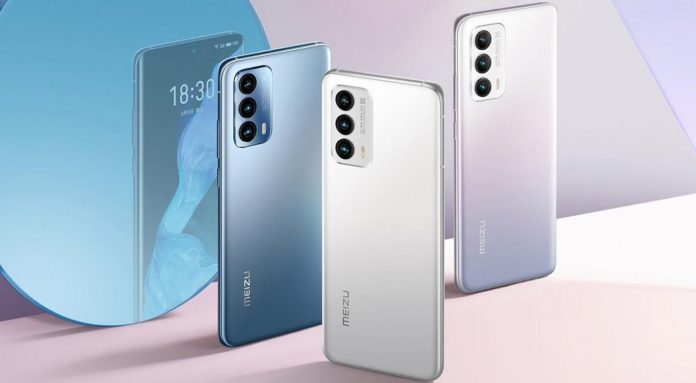 Meizu has introduced its long-awaited new flagship phones. Meizu 18 and Meizu 18 Pro, which were launched in the Chinese market, reveal that it targets the upper segment with their features. To start with the common features: both phones have a 120 Hz refresh rate.

Powered by Qualcomm Snapdragon 888, one of the most powerful mobile processors, phones offer up to 12 GB of RAM and 256 GB of internal storage. 1440 x 3200 pixel screen resolution, HDR10 + and dual SIM card support are among the common features of both devices.

The front camera is centered on the top of the 6.2 inch perforated AMOLED screen. While 8 GB and 12 GB RAM options are accompanied by 128 GB and 256 GB storage options, UFS 3.1 technology is used.

On the back of the device, the Sony IMX682 main camera with a resolution of 64 Megapixels and f / 1.6 aperture is accompanied by an 8 Megapixel telephoto camera with 16 Megapixel ultra-wide and 3x optical zoom.

The phone, which has a 20 Megapixel front camera and a 4000 mAh battery with 36W fast charging support, has been opened to pre-orders in China with White, Blue and Purple color options. The prices for the phone that is expected to be offered for sale are as follows;

Meizu 18 Pro, which has a larger screen size compared to the standard model of the series; Developed with a 6.7-inch Samsung E4 AMOLED display. The model that protects its screen with the latest technology Corning Gorilla Glass 6 system; Thanks to the Snapdragon 888 chipset with the X60 5G modem onboard, it was able to raise its performance to the higher levels. The device with 8GB and 12GB LPDDR5 RAM is paired with 128 and 256GB UFS 3.1 storage.

Designed with a 50 megapixel Samsung GN1 main camera, the device was powered by a quad camera set. There is room for a 32-megapixel ultra-wide angle, 8-megapixel telephoto lens and a 3D ToF sensor. On the front, a magnificent 44-megapixel selfie camera is enabled. While 40W cable charging is allowed in the model, which reaches a user-friendly performance with its 4,500 mAh battery capacity; Support for 10W reverse wireless charging has been introduced.

The price of the Meizu 18 Pro, designed in White, Blue and Gray color options, is also available in three variants: