Home Celebrity Meghan Markle: will their second child have a title? 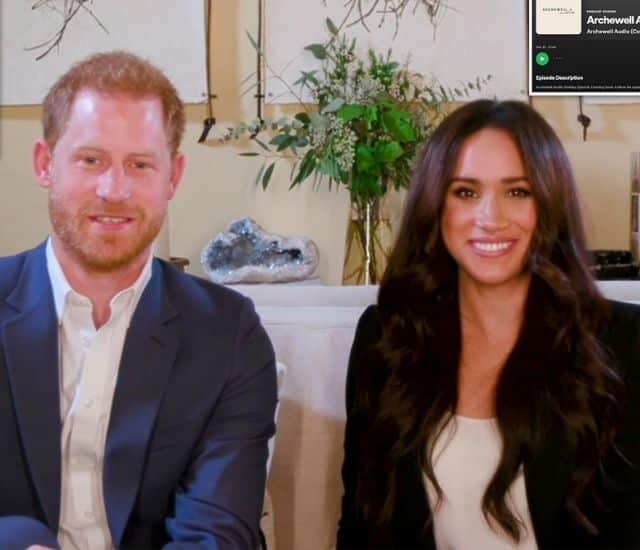 Meghan Markle and Harry are going to welcome their second child and everyone is wondering if their next baby will have a royal title.

The announcement of Meghan Markle and Prince Harry’s second child has sparked the joy of fans around the world. But will their child have a royal title?

Meghan Markle and Prince Harry are spinning the perfect love away from the British royal family. They decided to move to Los Angeles alongside the family of the young American.

And nothing can stop them. Because even if they have given up their royal duties, that does not prevent them from having a very busy schedule.

Indeed, the couple signed a very juicy contract with the music streaming platform Spotify. To produce a series of unreleased podcasts. A program called “Archewell audio”. A name that of course refers to their son Archie, born in May 2019.

And Archie will soon be a big brother. That’s right, the Duke and Duchess of Sussex announced this big news on Instagram a few weeks ago.

In the heart of a garden, the couple posed for their photographer friend. And thus revealed the rounded belly of the mother. A cliché that conquered the fans as well as the media who were quick to share the news.

And besides, everyone is wondering whether Meghan Markle’s baby will have a royal title.

Meghan Markle and Harry: will their second child have a title?

MEGHAN MARKLE’S SECOND CHILD WILL HAVE HIS ROYAL TITLE

Meghan Markle is therefore a few months away from giving birth. And fans have a lot of questions about the future of this baby.

The couple now live in the United States. And so it is very likely that their child will be born on American soil. This means that he will be able to benefit from dual nationality. Now whether Meghan Markle will stay in California or go to England for the occasion.

This future baby will therefore be the eighth of the royal line. Which means he will have little chance of ascending to the throne one day. Just like his brother Archie by the way. Yes he could have become the Earl of Dumbarton. But his parents refused to give him a royal title. His name is simply Archie Mountbatten-Windsor.

And according to relatives of Meghan Markle and Prince Harry, it will be the same for the youngest. They want to follow the same process for their future child. And therefore not to give him a royal title.

One thing is certain. The couple want to get as far away from the royal family as possible. And refuses to give such important titles to their children.

Indeed, the Duke and Duchess of Sussex prefer to remain discreet. And live a normal life in Los Angeles away from the crown. A way for them to cut ties with their other family who run Great Britain.