Home Celebrity Meghan Markle: what nationality will her second child have 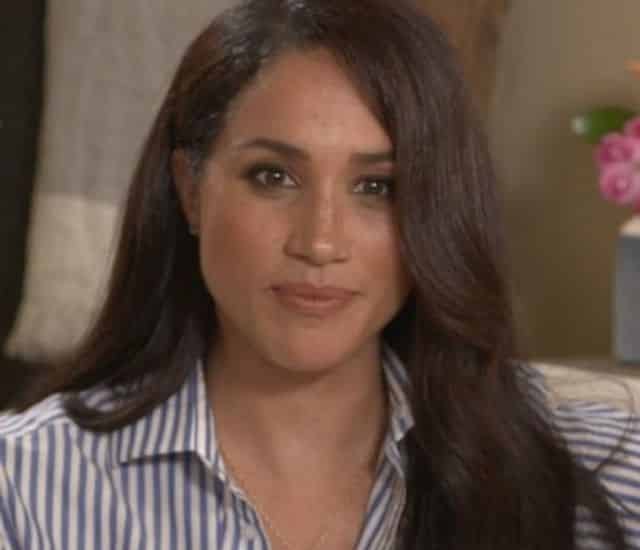 Meghan Markle and Prince Harry have just announced that they will soon have a second child. But what nationality will he be?

The news broke this weekend. Meghan Markle and Prince Harry are expecting their second child.

Indeed, the news of Meghan Markle’s pregnancy is at the heart of the news. And what could be better than announcing the arrival of an unborn baby on Valentine’s Day.

The royal couple caught everyone by surprise with this wonderful news. And there is something. The royal family is growing, so little Archie will become a big brother! And fans follow the news of The Duke and Duchess of Sussex like a TV series.

Especially when they learned that Meghan Markle had a terrible miscarriage a few months ago. This is why this pregnancy announcement is so popular with Internet users.

But this news could well serve to ease family tensions. Indeed, the couple decided to resign from their royal duties in 2020. They then moved to the United States for good.

Far from England, Meghan Markle and Prince Harry are living in their new home in Los Angeles to be closer to the ex-actress’s family. A more peaceful place than by the Queen’s side.

But there is a question that everyone is asking. What nationality will the new arrival of the royal family be?

MEGHAN MARKLE: WHERE WILL HIS SECOND CHILD BE BORN?

This is the photo of the week. Meghan Markle and Prince Harry have shared a beautiful photo to announce the imminent arrival of their next child.

A beautiful shot posted on the account of Misan Harriman a photographer but also a longtime friend. She was therefore the ideal person to immortalize this moment.

Surrounded by nature, Harry sits on the grass and his wife is lying on top of him. Her head on her knees, so she reveals her rounded belly to the camera. A great way to announce this happy event.

Yep, this isn’t the first time the couple have made this announcement. Indeed Meghan Markle gave birth to her first child on May 6, 2019 in London. Archie who therefore has British nationality. But will this be the case with his younger brother?

According to a Daily Mail source, the new baby may not be just British. If Meghan Markle gives birth on US soil, then he will be considered a US citizen.

But that’s not all. Having a parent of British nationality, the child will also be able to benefit from dual nationality.

But it remains to be seen whether the couple plan to return to England to welcome their offspring or whether they would prefer to stay in California. Case to be continued.

Angèle totally upset by the death of George Floyd!