Home Celebrity Meghan Markle in the United States to hide her second pregnancy? 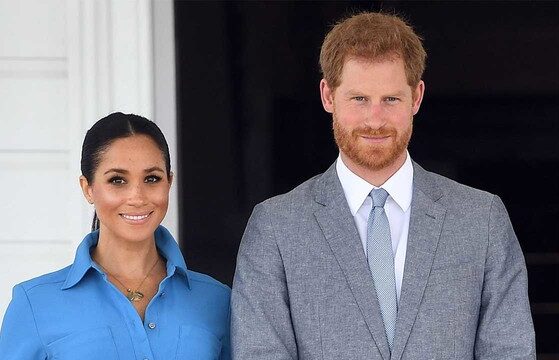 What if Meghan Markle is expecting a new child from Harry? It may be that during her new life in the USA, she hides a second pregnancy …

Does Meghan Markle hide a second pregnancy? Rumors then suggest that she is hiding in the United States to hide her round belly …

There is still rififi within the royal family! Indeed, if the divorce between the Sussex and the Windsor clan still panics as much, the tabloids do not spare Meghan Markle.

This time around, it looks like the Duchess of Sussex is planning to offer Archie a brother or sister. This, far from the eyes of the crown and the polaroids of the English press.

The Megxit would thus have been a strategy to hide this new pregnancy… Meghan Markle would then be expecting a child, according to the information provided by New Idea.

The magazine reports that the couple live as a hermit in their Los Angeles villa. If she mixes very little with the populace, it would also be to rest before the deadline.

“She admitted they were trying and really wanted another baby close to their son’s age,” a source told the tabloid. She goes on to say that the Duchess already imagines the reaction of the Queen, Kate and William when they learn about it.

“This is exactly what she likes,” said the source. For its part, the Gossip Cop media has denied this crazy rumor!

Meghan Markle could not knowingly make a child behind the crown… This would not be without consequences.

Whether that turns out to be true or not, it would be better for Harry and Meghan Markle to remain discreet and not to make too many waves. After all, each of their decisions is subject to everyone’s judgment, and each one has their own little comment. To be continued…