Home Celebrity Meghan Markle tells an embarrassing anecdote about how she went naked to... 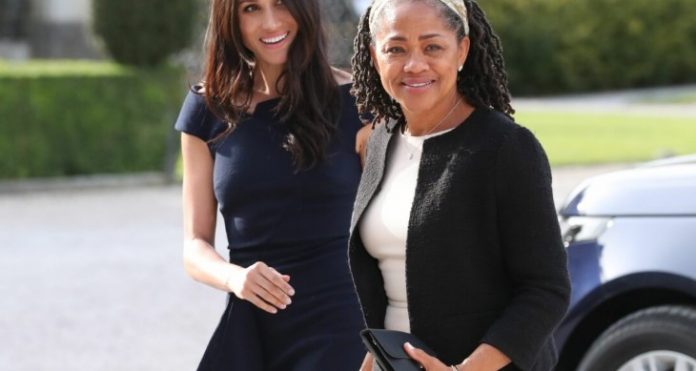 Meghan Markle’s podcast on Spotify has been temporarily halted after the death of Britain’s longest-serving monarch, Queen Elizabeth II. The podcast became a hit as it held the top spot for two weeks in a row. Meghan Markle relaunched her podcast on October 4, releasing an episode featuring journalist Lisa Ling and stand-up comedian Margaret Cho.

The episode immediately made headlines as the Duchess of Sussex spoke candidly about the stereotypes surrounding Asian women. In the podcast, Megan also criticized the entertainment industry for using the image of the Dragon Lady. Meanwhile, the former American actress shared her love of Asia and curiosity about learning about different cultures around the world, as well as the Korean spa experience that made her uncomfortable.

Describing her love for the Asian continent, Meghan Markle told how as a child she spent weekends in Little Tokyo or tried something with her parents at a local Chinese restaurant. The actress recalled having fun with her mother Doria Ragland in the form of a Korean body spa. Recalling the memories, the Duchess said that at first she was uncomfortable when women aged nine to 90 walked around her naked.

She had to do the same, but it was a challenge for her, given that she was going through puberty. However, over time, Markle got used to the whole idea and began to love the body spa, enjoying delicious noodles.

“All I wanted was a swimsuit! But you can’t, by the way. And as soon as I got rid of this teenage embarrassment, my mother and I went upstairs, sat in the room. And we would have a steaming bowl of the most delicious noodles,” Megan said in her Spotify Archetypes podcast.

The episode is well received by listeners. The first three episodes of the podcast featured Serena Williams, Mindy Kaling and Mariah Carey. It is noteworthy that during the official mourning for Queen Elizabeth II, Prince Harry and Meghan Markle suspended all their professional and personal obligations. Thus, the podcast returned after almost a month.

Not shown in the scene deleted from Jamie and Geillis

Harry Styles Launches The Mysterious Message ‘Do You Know Who Are...