Home Celebrity Meghan Markle steals more attention than her guests, the reason for the... 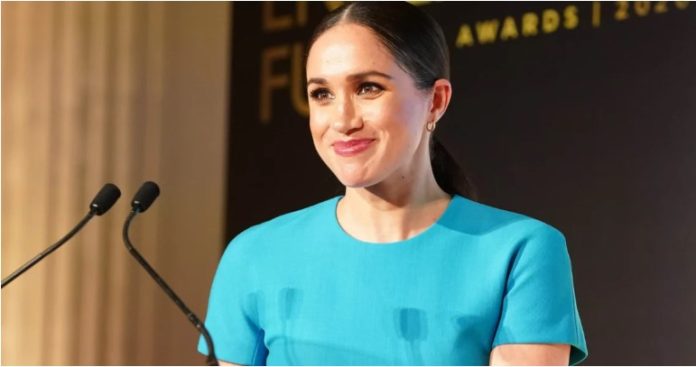 Meghan Markle is going through a difficult time because of her favorite podcast Spotify Archetypes. The show, which is part of Sussex’s $18 million deal with the audio streaming platform, got off to a great start. Archetypes took first place in the United States and other countries of the world in the first two weeks with Serena Williams and Mariah Carey as guests.

It was also nominated for the prestigious People’s Choice Award as the best pop podcast of 2022. However, the initial success faded as Meghan Markle was unable to retain listeners. The tenth episode of the show “Courage of Activists” with Jamila Jamil and Shore Aghdashloo ranks 77th in the USA. Meanwhile, the Archetypes series is in 22nd place. A serious drop in ratings is a serious concern, and Meghan Markle’s constant interruptions and stories can play an important role in this.

A Look at Meghan Markle’s Talk Time in the podcast

The Archetypes podcast promises confidential and honest conversations with famous women to shed light on the forces that drag women down. However, research shows that Meghan Markle dominates all episodes of her podcasts. The Duchess spends almost no proper time talking to her famous guests, as she is the key speaker in all episodes.

According to the news, the former American actress spoke for an alarming 30 minutes and six seconds in her first episode with Serena Williams. On the other hand, the tennis sensation got only 17 minutes and 12 seconds to defend his point of view. In the eighth episode of Archetypes, titled “Good Wife/Bad Wife, Good Mom/Bad Mom,” Meghan Markle again dominated the conversation, speaking for 26 minutes and one second.

One of the three guests of the episode, Sophie Trudeau, spoke for only two minutes during the entire show. Moreover, Markle constantly mentions her husband Prince Harry in conversations. The podcast is dedicated to women, but the Duke’s name has surfaced 11 times in ten episodes.

Do you like the Archetypes podcast? Let us know in the comments.

What the change of religion and name meant for Hvitserk