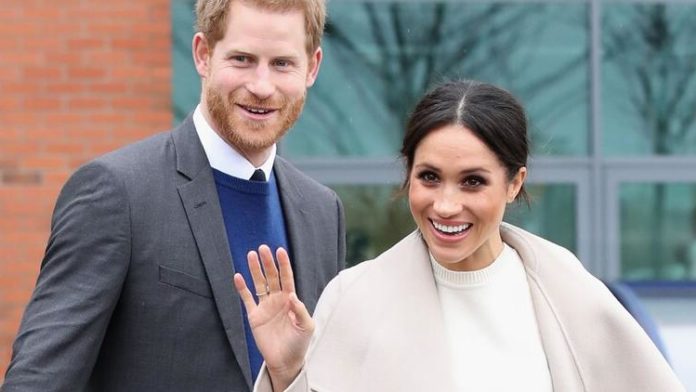 Meghan Markle begins her new life in Canada after an eventful Megxit. Back to public life, she launches into the association.

Meghan Markle then begins her new life in Canada. And his agenda is already starting to fill up. After a complicated week, Prince Harry’s wife is getting back on track. They were strongly criticized when they decided to distance themselves from the royal family. And if the pill is still difficult to swallow, the ex-actress is already looking to the future: the community.

Meghan therefore embraces her new life. She seems determined to fight for women’s rights. What is certain is that it looks good, far from the British tabloids. Since the birth of their son, Archie, Meghan Markle and Harry have wanted to have a normal life. Today, everything suggests that they are approaching!

MEGHAN MARKLE INVOLVED IN THE CAUSE OF WOMEN
For her first outing, Meghan Markle then went to the headquarters of Justice for girls, an association in favor of the right of young women to education. “It was great to be able to discuss the importance of a universal approach to social justice and the strength of young women’s leadership,” the association’s statement said.

Yesterday, The Duchess of Sussex, Meghan Markle visited to discuss climate justice for girls and the rights of Indigenous peoples. Was great to talk about the importance of a holistic approach to social justice, and the power of young women’s leadership. #DuchessOfSussex pic.twitter.com/M9LaqEELl7

The latter was also accompanied by two photos. On the first, Meghan is in the middle of a group of activists, determined to get involved in this new fight. On the other, she displays a radiant smile, a cup of coffee in her hand. On the same day, she also had tea with members of the Downtown Eastside Women’s. A place of refuge, it thus serves as a home for the 500 women who pass through it every day. Concerned about the problem, Meghan then spent more than an hour talking about women in the community.