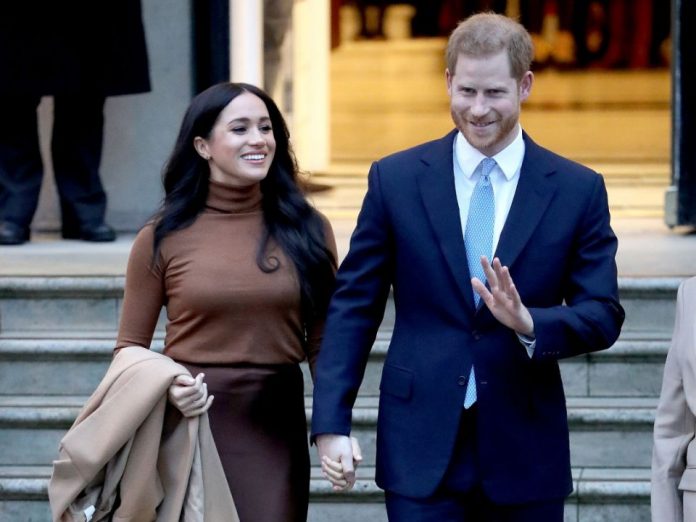 This Wednesday, January 20, 2021, Prince Harry was seen (without his wife Meghan Markle) at the inauguration of Joe Biden in Washington!

In recent months, Meghan Markle and Harry have shown a keen interest in politics. This Wednesday, January 20, Archie’s dad was even seen at Joe Biden’s nomination.

Since the Megxit, Meghan Markle and Harry have been living out of sight in their pretty villa in L.A. The latest news is, all is well with them.

When the Sussexes aren’t minding their little Archie, they happily turn to their new endeavors. In fact, the couple signed a golden contract with Netflix and Spotify last year.

Far from the Windsors, Meghan Markle and Prince Harry are also very involved in the political life of the United States. They have also closely followed the last presidential elections to the chagrin of the Firm.

This Wednesday, January 20, took place the long-awaited nomination of Joe Biden. In front of the Capitol, the 46th American president was therefore sworn in in front of millions of viewers and an audience of stars.

And Archie’s daddy was there too. But you will see, the reality is much more complex than that!

Take a good look at the picture above. In the back corner of Bill Clinton’s head, you can finally find Meghan Markle’s husband. Finally, this is just a portrait!

On Twitter, Omid Scobie also gave some info so that we can navigate. “#InaugurationDay visit to Arlington cemetery,” wrote the royal family specialist.

But also: “Eagle-eyed fans quickly spotted a giant photo from Prince Harry’s 2013 visit. Hanging in the background while Joe Biden addresses the Clintons.”

According to “Pure People”, the trio have even been friends for almost 7 years. In the past, the Biden couple has also attended the Invictus Games (Editor’s note: Games founded by Prince Harry for wounded or disabled soldiers and veterans).

In 2014, the First Lady even went to London alone to support Meghan Markle’s husband for this new edition.

“Jill went to London for the Games. She really spends too much time with Prince Harry! Joe Biden said at the time. This little remark obviously amused the journalists!