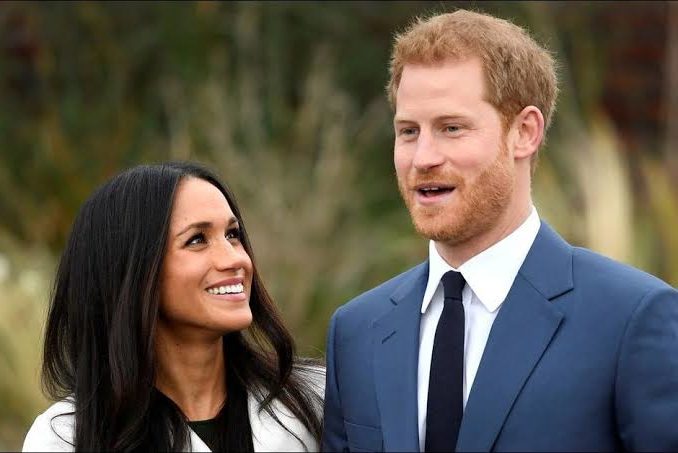 Meghan Markle and Prince Harry seem to get along better with Kate and William. This news seems to appease fans of both couples.

Meghan Markle and Prince Harry seem to be less cold with Kate Middleton and Prince William. Indeed, the young couple had been much criticized this summer. They had taken a private jet to go to the house of singer Elton John in the south of France. However, netizens shouted scandal, what to shake the crown.

Thus, Kate Middleton and Prince William had to lead by example on a low-cost flight last August. Some saw some discomfort and a bad deal between the two couples. However, these rumors seem false. Indeed, they all worked together for an important cause. They decided to lend their voice to this campaign on mental health thought by The National Health Service in the United Kingdom. This news delighted fans of Meghan Markle and Prince Harry.

This morning, The Duke and Duchess of Sussex’s son, Archie Harrison Mountbatten-Windsor was christened in the Private Chapel at Windsor Castle at an intimate service officiated by the Archbishop of Canterbury, Justin Welby. The Duke and Duchess of Sussex are so happy to share the joy of this day with members of the public who have been incredibly supportive since the birth of their son. They thank you for your kindness in welcoming their first born and celebrating this special moment. Their Royal Highnesses feel fortunate to have enjoyed this day with family and the godparents of Archie. Their son, Archie, was baptised wearing the handmade replica of the royal christening gown which has been worn by royal infants for the last 11 years. The original Royal Christening Robe, made of fine Honiton lace lined with white satin, was commissioned by Queen Victoria in 1841 and first worn by her eldest daughter. It was subsequently worn for generations of Royal christenings, including The Queen, her children and her grandchildren until 2004, when The Queen commissioned this handmade replica, in order for the fragile historic outfit to be preserved, and for the tradition to continue. Photo credit: Chris Allerton ©️SussexRoyal

Meghan Markle and Prince Harry seem happy to have realized this project with Kate Middleton and Prince William. Thus, they made the narration of this advertisement. This campaign aims to encourage people when they are stressed or burned out. However, a source told People magazine about this project:

“When they heard about this project, all four were willing to participate. It’s a really positive project, they really got involved and hope there will be a big impact. ”

Nevertheless, this campaign was broadcast last October 7th. For the time being Meghan Markle and Prince Harry are touring Africa. Then, the inhabitants seem happier than ever to meet the Duchess of Sussex. Finally, the latter is very committed to her mission. In addition, she took her son Archie with her! Also, it’s her first big trip with her child and her husband!