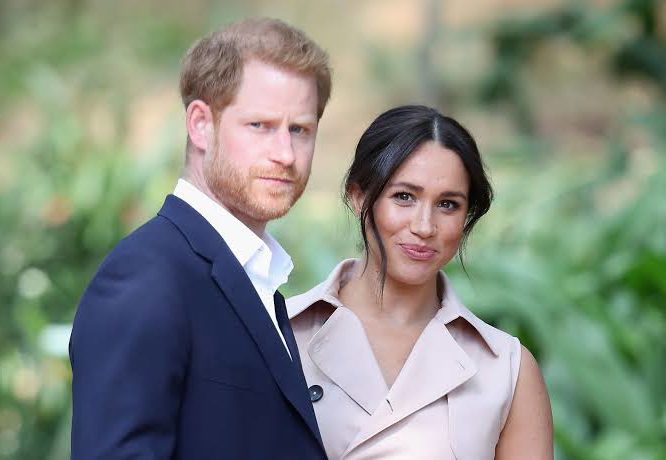 Meghan Markle and Prince Harry are still talking! This time, it is Queen Elizabeth II who will not tolerate their attitude in public …

Since the broadcast of the report, An African Journey, nothing goes! Indeed, Meghan Markle’s mental health is on everyone’s lips. And for good reason, in the documentary, the Duchess confided to not being able to support the media pressure … Nor even the Royal protocol! A flush shared by her husband, Prince Harry. The latter therefore took drastic measures. Indeed, the Duke and Duchess of Sussex have sued several British tabloids … But not that! To escape the media, the couple plans to leave for 6 weeks in the USA, in Los Angeles. A decision that is far from delighting Elizabeth II! Indeed, an expert from the crown said that the queen would not support their attitude!

Having attended the 10th Annual One Young World opening ceremony on Tuesday, The Duchess of Sussex was joined today by The Duke of Sussex for a round table discussion on gender equity with OYW and Queen’s Commonwealth Trust young leaders. Over the last few days, these young leaders became @OneYoungWorld ambassadors with the intention to return to their communities and further existing initiatives to help change the world for the better. This year OYW partnered with the @Queens_Commonwealth_Trust, of which The Duke and Duchess are President and Vice-President respectively, to provide scholarships to young leaders driving positive social impact in the Commonwealth. This was the most exciting collaboration between two groups The Duchess is passionate about and has been working with for some time. For more information and highlights from the week and how you can support these incredible leaders and their initiatives, visit @OneYoungWorld Photo © SussexRoyal / PA

MEGHAN MARKLE AND PRINCE HARRY IN THE SIGHT OF ELISABETH II
Meghan Markle no longer hides her malaise, nor her difficulties in complying with the protocol. Indeed, in controversial documentary, the duchess explained that she was not satisfied as well. “You have to feel happy. I think I really tried to adopt this British attitude, all phlegmatic. I tried. I really tried. But what it causes inside is really harmful. We exist. We do not live! Surviving is not enough … You have to blossom. Meghan said then. Words that do not please the queen mother at all.

For example, Richard Palmer, a Royal expert, has made some important revelations about Queen Elizabeth II. “The Queen is worried about the mental health of the Duke and the Duchess of Sussex but she was disappointed by their attitude. Other members of the royal family agree. Even their employees are ashamed right now. William and Charles decided to distance themselves from them. One thing is certain Meghan Markle and the Prince do not seem to be considering it for the moment …