Home Celebrity Meghan Markle and Prince Harry: the cost of their security is controversial... 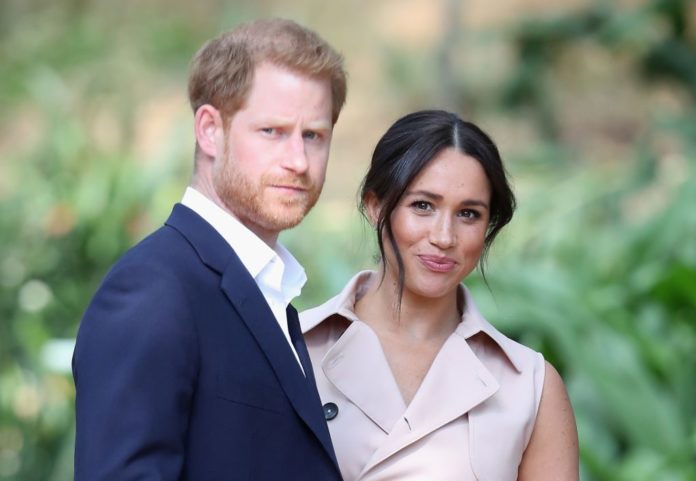 Meghan Markle and Prince Harry cannot get around without their personal safety. A necessity which has a very high cost!

Meghan Markle and Prince Harry have announced their withdrawal from the royal family. A news which made a lot of noise and whose cost is exorbitant! We talk to you about it.

Indeed, Meghan Markle and Prince Harry created the controversy following their announcement in early January. A decision which indignant the English but also the Canadians! Namely that the couple wants to leave the UK to fly to Canada, there they plan to develop business. However, many questions arise, what worries most are the numbers. Because the security of the Duchess should not be overlooked! Even more abroad ..

The inhabitants therefore wonder who will pay these security costs. The total cost to the small family (including Archie) is estimated to be $ 1.7 million. A disproportionate amount which could come from public funds. Prime Minister Justin Trudeau does not yet know if this will be taken over by the state. Suffice to say that the news annoys the people!

MEGHAN MARKLE AND PRINCE HARRY ARE PROBLEM!
Following this, the media all have a say in this matter. The National post states that Meghan Markle and prince harry should do like everyone else. That is to say a request for nationality! They also declare that “Megxit” has “awakened a kind of sleeping Monarchism among some Canadians. While provoking the total indignation of those who think that the monarchies are of a grotesque anachronism “. Others said the minister should intervene and refuse their arrival.

See Also
Meghan Markle: Harry grieved over the death of a teenager he knew!

The polls are good, but the media is pushing Meghan Markle and her husband. However, 61% would like to see Harry governor! According to a Globe and Mail reporter, “If they were ordinary citizens, they would be welcome. But the unique monarchy of this country and its delicate place. And essential in our constitution means that a royal resident is not an option that the country can afford. “

Why fans are upset about Shaun and Lea’s relationship