Home Celebrity Meghan Markle and Prince Harry are back after two months away! 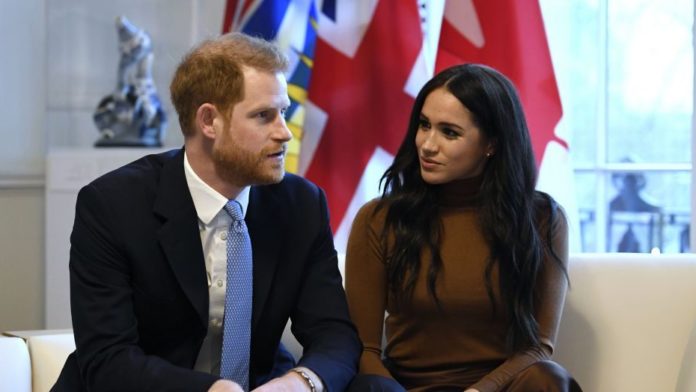 Meghan Markle and Prince Harry have decided to make a first appearance in London at the start of the year. The couple seem happy.

Meghan Markle and Prince Harry panicked the canvas during their last trip. We will explain everything to you !

Meghan Markle and Prince Harry are back! First, the couple has not appeared in public since mid-November. Then they decided to move away from the media sphere. Indeed, they are scrutinized at all times and they have received virulent criticism. However, they can count on the support of their fans. More than 10 million follow them on Instagram!

Meghan Markle and Prince Harry decided to fly to Canada with their son Archie later this year. Indeed, they had refused to spend the Christmas holidays with Queen Elizabeth. Thus, the Duchess of Sussex was able to see her friends again. In addition, his mother Doria was present. Finally, this trip allowed them to meet again after a busy year. However, they signed their big comeback in 2020!

MEGHAN MARKLE AND PRINCE HARRY BACK
Meghan Markle and Prince Harry panicked the canvas when they last appeared. They decided to go and meet Janice Charette, a High Commissioner for Canada to London. They wanted to thank her for the warm welcome received in Canada. Prime Minister Justin Trudeau wrote in December on this subject: “We wish you a pleasant and peaceful stay in Canada. You are among friends here, and you are always welcome. ”

Meghan Markle was sublime as usual! So, she wore a long brown coat. In addition, she put on a pretty satin skirt and a sweater by Massimo Dutti. Then, she chose to detach her hair to perfect her look. The Duchess of Sussex was sublime with this look! Prince Harry opted for a suit during this interview! In conclusion, the couple does seem to be back and we look forward to their new projects!

Will Nabilla and Thomas Vergara announce their projects?