Home Celebrity Meghan Markle is no longer so close to her BFF Jessica Mulroney! 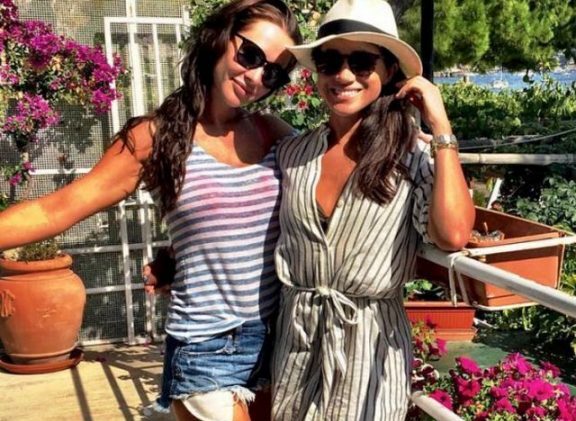 Yet inseparable, Meghan Markle and Jessica Mulroney no longer seem to be on very good terms. The Duchess wishes to cut the bridges!

Between Meghan Markle and Jessica Mulroney, nothing is going right. The companion of Prince Harry would reproach his friend for taking advantage of her notoriety to make herself known.

Meghan Markle and Jessica Mulroney have been friends for a few years and never let go of one sole.

It’s simple, the Duchess and her stylist love each other. They do not hesitate to display their friendship in the eyes of all.

However, for several weeks already, their relationship seems to be covered with tensions. But what can happen in this yet inseparable duo?

Not long ago, Page Six magazine then collected testimony from a source close to the 2 friends.

According to the latter, Jessica Mulroney would be angry with Meghan Markle for no longer calling on her services.

“I don’t know what the tipping point was, but Jess has been away for a while.”

MEGHAN MARKLE AND JESSICA MULRONEY: THE END OF A FRIENDSHIP?

According to another source close to Meghan Markle, the stylist would therefore take advantage of the status of the Duchess, in order to make a name for herself.

The latter would thus feel betrayed. “Their friendship is certainly not what it used to be.”

“And really, how can you have such a close friendship when a person makes a career out of that friendship?” ”

But that’s not all ! Meghan Markle would also criticize her friend for not supporting the anti-racism movement.

Sasha Exeter explains that “Jessica has never given a voice to support the movement and does not even understand why she should do it”.

“The argument really gave Meghan the excuse she was waiting to cut ties with Jess.”