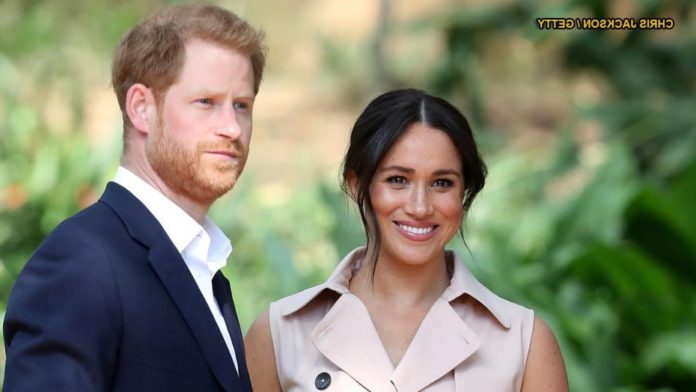 A new photo of Meghan Markle from 1996 has resurfaced on the web. And little Archie’s mom hasn’t changed that much!

On the Web, Internet users have just unearthed an old photo of Meghan Markle! The photo in question dates from 1996. You will see for yourself but Archie’s mom has not changed.

This year, Meghan Markle and Prince Harry should not spend Christmas with the other members of the Windsor family. Indeed a few weeks ago, the Sussex couple flew to the United States. They celebrated Thanksgiving with Meghan’s mom Doria Ragland. For the moment, the parents of little Archie only want to breathe and be together. For several months, they have been the favorite target of English tabloids. In addition, relations between the Sussex couple and the Cambridge spouses would be at their worst. In short, nothing is going right!

But rest assured, we may well have a surprise in 2020! Some media suggest that Meghan Markle may soon be nursing. English bookmakers are already on the job. They too believe that Prince Harry’s wife could announce her 2nd pregnancy next year. In the meantime, all the English media are on the lookout.

Teenage Meghan Markle beams with joy as she poses with her high school sweetheart https://t.co/Hu5p7eKuSf

AN OLD PHOTO OF MEGHAN MARKLE IS BUZZING ON THE CANVAS!
Before marrying Prince Harry, Meghan Markle had a busy life. She was also the star actress in the hit series “Suits”. For filming purposes, she lived elsewhere in Toronto. But long before, Archie’s mom lived a good part of her life in the United States. Relatives have always described the young woman as a dynamic, ambitious person with a strong personality. Its past fascinates Windsor fans but also the media around the world.

See Also  Meghan Markle: her mother Doria about to live with her and Harry?

An old photo of Meghan Markle has resurfaced on the web. In the snapshot unearthed by internet users, Prince Harry’s wife was 15 years old. She is surrounded by her friends of the time. Many anonymous also pointed out that the beautiful Meghan had not changed much. Indeed, the young woman has almost kept her teenage face! In another photo, Archie’s mom poses with her boyfriend at the time: Luis Segura. This is also a photo from the 1997 Christmas prom.