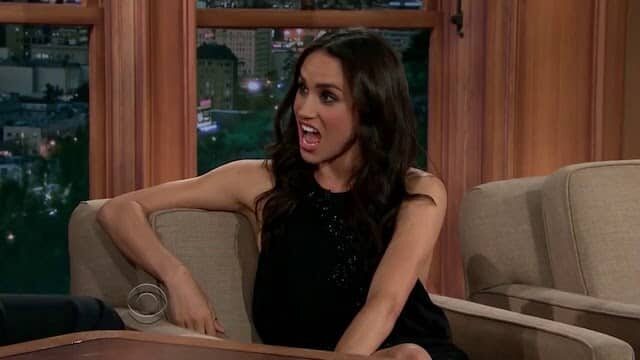 Hard blow for Meghan Markle! The Duchess of Sussex has far fewer subscribers who follow her on her social networks, notably Instagram. Prince Harry and Meghan Markle, the thugs of royalty, are not too popular anymore these days … Indeed, the couple has seen the number of their followers drop since their Megxit.

Meghan Markle and Harry , the Sussex spouses, are worried. Yes, the much-maligned couple in the media saw their popularity on social networks plummet .

The duke and duchess who then panic the tabloids would have even lost a lot of their subscribers . Finally, it must be said that Meghan Markle and her husband no longer managed their account too much.

The cause ? The couple are preparing the succession of their project , Sussex Royal, transformed into “Archewell Foundation” . But it can also reflect a lack of interest among some of their followers …

As proof, the couple lost no less than 200,000 fans out of the 11.3 million who followed them on their Instagram account. It must be said that their current lifestyle is not unanimous.

Especially since a scandalous book is being prepared behind the scenes to “re-establish the truth” : Finding Freedom .

MEGHAN MARKLE AND HARRY: THEY ARE SUPPLANTED BY KATE MIDDLETON AND WILLIAM ON INSTAGRAM

In comparison, the account of Kate Middleton and Prince William shows 11.4 million followers on the clock . So, more than what Meghan Markle and Harry are doing now.

That said, it seems to be the least of the worries of the royal couple , who have so much to manage on the other side of the Atlantic. Another interesting fact: the Sussex Instagram account only presents 215 posts . Against more than 2000 for the Cambridge spouses.

See Also
Meghan Markle "does not fit in the mold to be queen"!

Earlier, Meghan Markle and Harry had posted a statement, announcing the standby of their Instagram account. In fact, the couple no longer wish to manage @sussexroyal and prefer to focus on new projects .

We still don’t know what their social media policy will be with Archewell. Will they simply take over their original Instagram account or create a new one?

Nothing is less certain, but the couple still has a lot to prove to find their followers. To be continued !