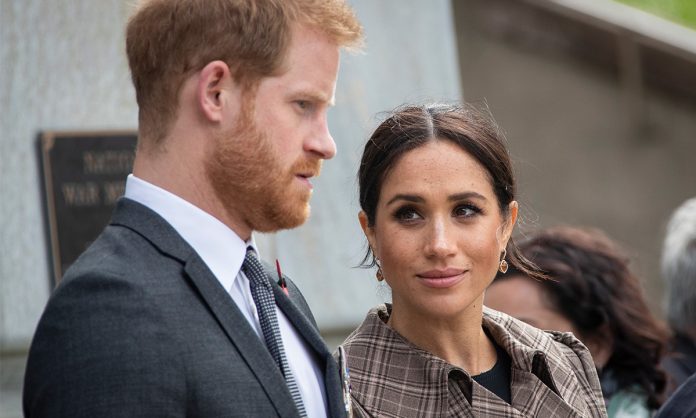 Meghan Markle and Harry have just unveiled their first podcast. They brought in their little boy Archie for the first time!

A few weeks ago, Meghan Markle and Harry announced the arrival of their first podcast. In the latter, the former royal couple confided in their new life after having resigned from their position.

And the couple therefore decided to confide in no joke. Indeed, Meghan Markle recently announced that she had miscarried. Information which had then remained confidential.

It was during an interview with The New York Time newspaper, the young woman recounted this terrible ordeal. “After changing Archie’s diaper, I felt a terrible pain. I sat on the floor with my son in my arms, humming a lullaby to calm us both down, that happy tune in stark contrast to my feeling that something was wrong. ”

Meghan Markle then adds. “I knew as I hugged my first child that I was losing the second.

Meghan Markle then continued. “Losing a child means bringing almost unbearable grief, experienced by so many but verbalized by so few. As we felt the pain of our loss, my husband and I discovered that for every 100 women, between ten and twenty of them had already had a miscarriage. ”

“But, despite this astonishing common pain, the subject has remained taboo, these women inhabited by (unjustified) shame, and perpetuating the cycle of lonely mourning.”

Meghan Markle is trying somehow to move on. But the pain is still there. She decided to cover this topic in her new podcast. And the young woman reserved a nice surprise for the fans! For the first time, we hear the voice of little Archie!

See Also
Meghan Markle has been criticized after her disappearance

And one detail is likely to displease the British. The little one has a strong American accent!