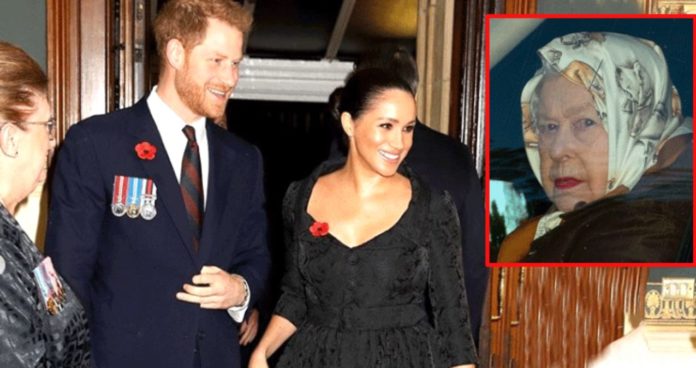 Meghan Markle Prince Harry wants to get away from their duties in Windsor. Doria Ragland would be “relieved” of their decision.

A few days ago, Meghan Markle and Prince Harry created astonishment in the media and on the Web! Sussex couple announced their willingness to live much of the year in Canada and become independent of Windsor. According to the Daily Mail, Doria Ragland (Meghan’s mom) fully understands their approach.

Meghan Markle and Prince Harry are currently under fire from critics! Last week, the parents of the little Archie had dropped a bomb on the Web. Indeed, the newlyweds have said that they wished to withdraw their principal royal duties. They also want to “take care of themselves” without the help of the Windsor.

“We are now planning to balance our time between the UK and North America, continuing to honor our duty to the Queen, the Commonwealth and our sponsorships,” the statement said. Following this post, Meghan Markle was the target of the worst attacks. Some journalists also believe that she would manipulate Prince Harry. And that this choice only confirms its character of “diva”.

MEGHAN MARKLE: HIS MOTHER DORIA RAGLAND SUPPORTS HIM!
But Meghan Markle and Prince Harry’s decision is no coincidence. For several months, they have been making headlines in the scandal press. Tired, Sussex husband want a more peaceful life for their son Archie. In addition, Queen Elizabeth II also accepted their withdrawal. According to the Daily Mail, that would be a relief for Dorian Ragland.

In fact, Meghan Markle’s mom was very worried about the media pressure her daughter was under. “She is relieved to know that she puts her mental health and well-being first and foremost,” a source told The Daily Mail. Remember, Doria Ragland has always been unwavering support for Sussex. Archie’s grandma has a very good relationship with her daughter. She never expressed in the media. And his discretion is much appreciated among the Windsor.

See Also
Meghan Markle and Harry: Archie is going to have a friend in Los Angeles