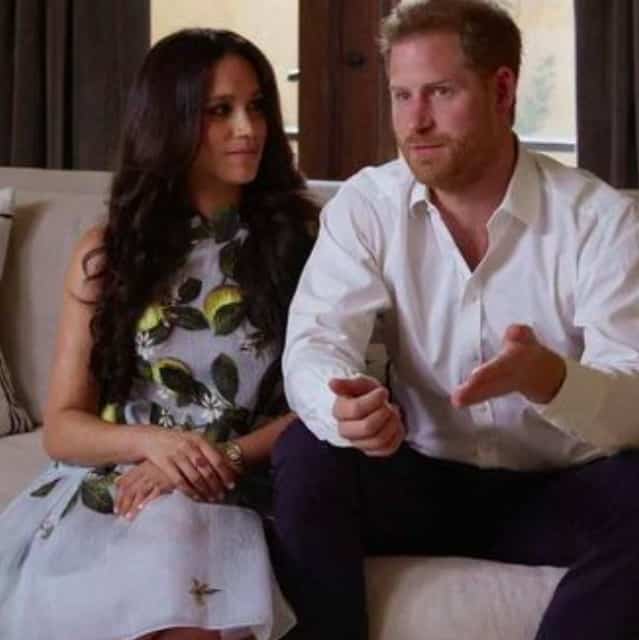 Good news … Meghan Markle and Prince Harry have made their first appearance since the announcement of the former actress’s pregnancy! So the Duchess wore a pretty luxury dress!

Since they made the decision to leave the monarchy by giving up being active members of the royal family … Meghan Markle and her darling Prince Harry are very, very rare!

Indeed, by leaving the United Kingdom for the United States, the couple divided the number of their public appearances! A withdrawal obviously desired by the main concerned!

However, although they communicate very little with their fans on the Internet … Meghan Markle and Prince Harry announced on February 14, 2021 that they were expecting their 2nd child!

Indeed, the couple posted a beautiful black and white photo of themselves on Valentine’s Day! A shot in which you could see the former American actress with a rounded belly.

Thus, on February 22, Meghan Markle and her husband made their first public appearance since the announcement of this pregnancy … And Internet users only had eyes for the dress of the beautiful brunette!

Meghan Markle pregnant she is causing a sensation in a very expensive dress!

On the occasion of the “Spotify Stream On” which took place yesterday, Meghan Markle and Prince Harry made their first appearance since the announcement of the second pregnancy of the former actress!

Indeed, the couple intervened live, while they were presumably at their villa in Montesito, California. Thus, for several minutes, the lovers evoked “Archewell Audio”. A production company they founded last year to put podcasts online!

See Also
Meghan Markle and Prince Harry: The One Who Married Them Speaks

“We created Archewell Audio to make sure we can raise voices that may not be heard and hear people’s stories. ”Meghan Markle explained.

And to add. “The biggest part of this is creating this community (…) that will encourage everyone to then share their own vulnerabilities in this safe space. ”

A very interesting speech… However, his fans were especially staring at her sublime designer dress! Indeed, Meghan wore a sleeveless haute couture dress signed Oscar de la Renta! A very chic piece that suited her perfectly… And for the price she can!

Indeed, according to our colleagues from the Daily Mail, the blue dress that Meghan Markle wore is priced at 3,000 euros… It remains to be seen what Harry’s beautiful wife will wear on March 7!

And for good reason, CBS revealed that Oprah Winfrey was going to have an “intimate conversation” with the couple on a 90-minute special that day! To be continued …

Issues to follow Veronica and Jughead after the jump