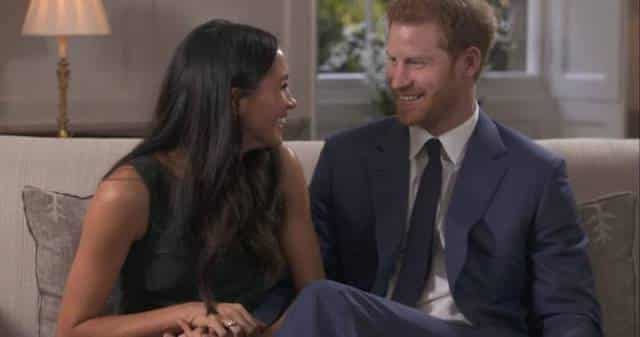 Meghan Markle and Prince Harry live peacefully in their villa in Canada . But they will soon move to Malibu while waiting to find the house of their dreams.

They have projects in their heads! Since Meghan Markle and Prince Harry have renounced their royal functions, the couple resume a normal life. Or almost !

A hard blow for the Windsor family! Prince Charles is affected by the Coronavirus. Thus, his son is very worried about the state of health of his father, 71 years old. He regrets being so far from London!

In fact, the latter then lived on Vancouver Island, in Canada . But not for very long! Prince Harry and Meghan Markle will soon move out . And they will leave the country!

The Duchess of Sussex and her husband dream of settling in the Petra Manor, a splendid villa in Malibu. According to information from our colleagues in the Daily Mail , they would only put their bags down for a while.

For the moment, the company that rents this sumptuous villa has not yet confirmed the rumor . However, the director of Stay Awhile Villas, Stuart Heller, admitted being contacted for a very specific reason.

MEGHAN MARKLE AND HARRY TO RENT A HOUSE
Thus, Meghan Markle and her husband do not want to become owners. At least not until they find the home of their dreams . At the moment, they want to rent.

And this does not surprise the manager of Stay Awhile Villas . According to him, ” many people come to Malibu to find a house and first become tenants to see if it makes sense for them and their families.”

In any case, Meghan Markle and Harry have luxury tastes for their next home! Indeed, the Petra Manor rents for more than 13,000 euros per night . Moreover, it is hidden in a neighborhood closed to the public.

And the sumptuous villa has already welcomed several stars. This is the case of Kylie Jenner! While her family was going through a difficult period in 2019, the young woman took refuge here.

Moreover, the Petra Manor is located just 50 kilometers from the actress’ mom . At least, the young woman will finally be able to get closer to her own family. And more than that of her husband!

This is how Sophie Turner and Joe Jonas have fun during...