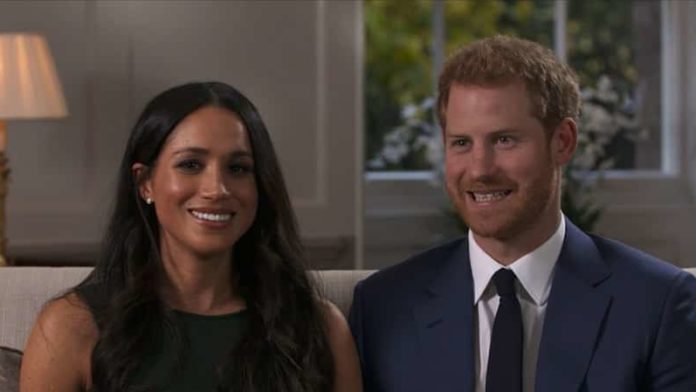 Meghan Markle and Harry have been living in Canada for several weeks. They can count on their bodyguards to defend them.

Even in Canada, Meghan Markle and Harry can count on the help of their bodyguards. The latter are housed in a very beautiful house and they are expensive for the royal family!

Meghan Markle and Harry have decided to retire from their duties in the royal family. Indeed, the latter asked for their financial independence a few weeks ago. This surprised the royal family a lot and the two stars were much talked about.

For several weeks, Meghan Markle and Harry have been living in Canada. They bought a very nice villa and they still have their bodyguards with them. However, this little privilege comes at a cost. Indeed, the bodyguards stay in a house just next to the villa of the two stars. Their accommodation would therefore cost 1,100 euros per week.

However, Meghan Markle and Harry are not going to enjoy this privilege for very long. Indeed, the two stars no longer live in England and they have declined their functions. Thus, the country will end their protection in the coming days. In addition, it seems that the bodyguards have left the scene.

AN ASTRONOMICAL SUM FOR THE PROTECTION OF MEGHAN MARKLE
Meghan Markle and Harry are going to have to do without government protection. Thus, according to the Daily Mail, the bodyguards no longer live next to them and they no longer take care of their security. “There used to be a security team. They moved a few days ago when Harry left. We have not seen them since, ” said the media.

Harry returned to England to close all of his affairs with the royal family. However, for several months, it was the country that had to pay for their protection. So it came back very expensive for the crown. “Britain is currently paying £ 600,000 for the Sussex protection team,” the media said.

Finally, Meghan Markle and Harry will soon have to hire their own bodyguards. Canada will not protect them. As a result, the two stars will have to find new bodyguards and will be theirs to pay these costs.

Gates ‘has no idea’ what electric trucks say, says Musk

EXO fans demand for the second time that Chen leave the...

BTS’s music and its relationship with Buddhism