Home Celebrity Meghan Markle and Harry: their solution for security costs in Canada 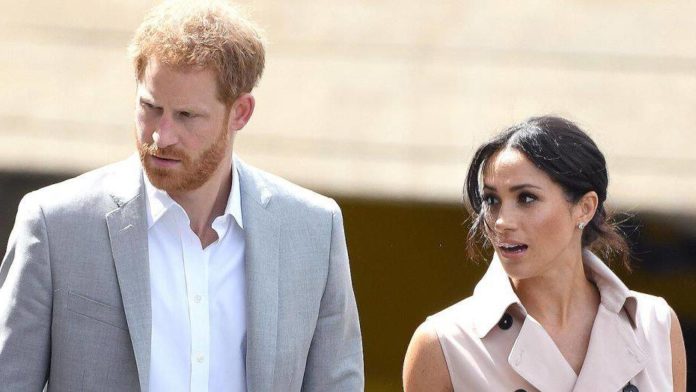 Meghan Markle and Prince Harry are having controversy in Canada over the cost of their security! They would have found a solution!

Last week, we learned of the princely couple’s desire to leave the royal family . Surprising news that has upset more than one! Meghan Markle and Harry also decided to move to Canada, but at what cost …

On Wednesday January 8, the royal family failed . Indeed, Meghan Markle and Harry have announced the withdrawal of their royal obligations. This news shocked the English people but especially Queen Elizabeth II. Negotiations between the queen and the princely couple thus took place. They wanted them to leave in the state of the art.

Archie’s parents therefore settled in Canada . They thought they were living a quieter, less publicized life. Conversely, Meghan Markle and Harry are chased by paparazzi. In addition to that, more than 80,000 Canadians have signed a petition. Indeed, the couple is protected by six guards and gendarmes paid by … the Canadian taxpayer!

MEGHAN MARKLE AND HARRY WANT TO PAY FOR THEIR SECURITY! HOW ARE THEY GOING TO DO IT?
The princely couple agreed to assume the costs of the renovation of Frogmore Cottage. Indeed, the queen asked them for reimbursement following their departure! But Meghan Markle and Harry still have debts! How are they going to reimburse Canadians? Fortunately, the couple prepared by filing the “Sussex” brand a few months ago! Enough to help them meet their needs!

The princely couple would have found the solution to resolve the disagreement with their host country. Meghan and Harry dream of their financial independence but count on Prince Charles! Indeed, the Queen’s son’s money should reimburse the security costs during the time of their installation. He would even have signed up! But this may not be enough because, according to rumors, their protection would cost nearly 10 million dollars per year!