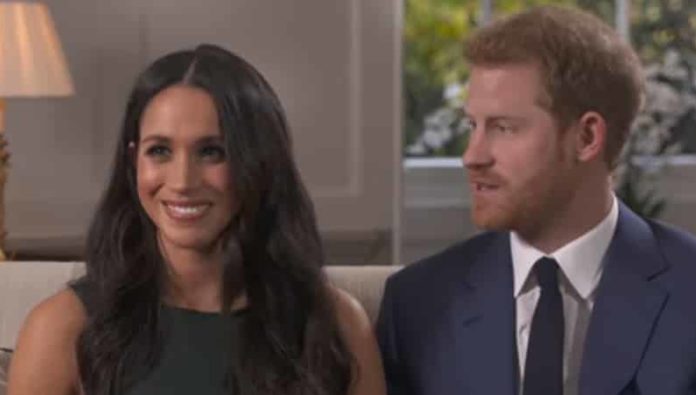 This is a book that will have to be procured at all costs … The DailyMail has thus announced that the powerful couple from Great Britain has started writing.

Since they flew to Los Angeles, a city ​​dear to the heart of Meghan Markle, the couple has never been so much talked about in the press.

So much so that the local media scrutinize their every move. Last week, the Sussexes brought meals to those in need in Los Angeles.

A distribution of several hours under a blazing sun … The American media TMZ thus managed to have the images and shared them on the Internet.

A few hours ago, the DailyMail therefore dropped a bomb! The media claims that the two lovebirds are about to write a crisp book about the Megxit…

MEGHAN MARKLE AND HARRY, AN EXPLOSIVE BOOK IN PREPARATION!
It has been several years since rumors about a work on the secrets of the Royal Family appeared. But this time, so it seems to be the right one!

Very informed, the DailyMail therefore gave details on this book … The book should be called Thoroughly Modern Royals: The Real World Of Harry And Meghan.

The work is therefore supposed to be a biography of the couple. The release of this book is scheduled for August 11.

The Express newspaper specifies that the Sussexes, before moving to America, had taken care to grant an interview to the authors of the book. One of them is Omid Scobie, a specialist in the Royal Family.

What will this biography talk about? According to the tabloids, it should therefore depict the “real” history of the Sussex but also of the meeting between Meghan Markle and Harry.

What is the backstory of the iconic elevator in the series