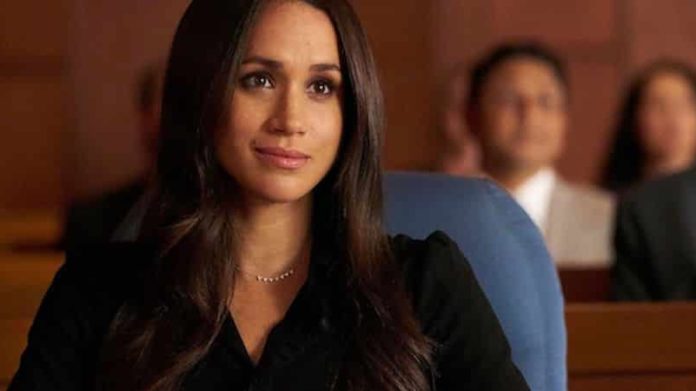 More than a month after the scandal surrounding Meghan Markle and Harry, Queen Elizabeth II has finally reacted .

Following the abandonment of their title of royal highnesses, Meghan Markle and Harry continue to be talked about. And yes, not a week goes by without the Sussex couple being in the headlines of the tabloids! As a reminder, Meghan Markle and Harry decided to settle in Canada in order to get away from the media world. Since then, they have even bought a large villa in Malibu.

But Meghan Markle and Harry are more exposed than ever. They hold all the attention of the press, at the risk of overshadowing the British royal family. This is the reason why the climate seems very tense in royalty.

MEGHAN MARKLE TAKES UP TOO MUCH SPACE
According to our colleagues at Vanity Fair, this big scandal would have hurt Elizabeth II. “In general, the Queen does not want to talk about it. She did everything to resolve these problems before it could have an impact on the English monarchy. From a personal point of view, it’s very hurtful for her. She’s got to a point where she doesn’t want to think about it anymore. ”

But Elizabeth II has had enough! So it would seem that she did everything to ease tensions. But also to restore this situation. But nothing helps, the scandal around Meghan Markle and Harry floods the press : “She just wants everything to end and move on. And if she did not prevent the couple from keeping their titles, it is because she wanted to leave them a door open if they ever wanted to return. Despite everything, it was a strong gesture not to allow them to use the word “royal” anymore, said the same source.

See Also
Meghan Markle and Harry soon ruined because of the Covid-19?

Nabilla comfortable in first class on the plane with Milann!