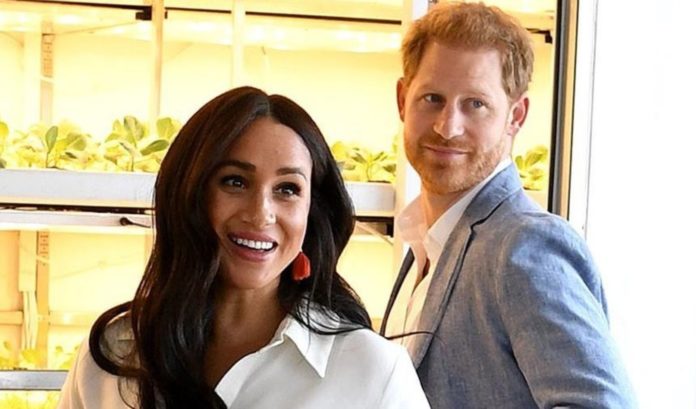 According to a publication, former royals, Meghan Markle and Prince Harry plan a meeting with actress Margot Robbie to start some business matters.

Apparently, the royal couple could spend more time in Los Angeles than expected, this after Meghan’s obvious intentions to return to the big screen, which apparently would also include her husband.

Apparently, recent rumors broke out after Margot Robbie conducted an interview in which he revealed details of the future project.

For those who do not know, the Duke of Sussex and the renowned actress have been friends for 5 years, so after knowing that he had renounced royalty, he wanted to know more details about the reasons that led him to that decision.

“I have known Prince Harry for a while and he is really a great guy. I know as much as anyone whose great decision is to move to the other side of the world. I still miss London a lot, but I had my reasons to move and they have their reasons for the decision. It’s not something taken lightly, “Margot told The Sun.”

He also confessed that if among the plans of former royalty members he is also moving to Los Angeles , he would invite them to dinner to spend a pleasant time together.

“If they are going to spend more time in Los Angeles, we would love to have dinner with them, “Robbie said.”

This statement unleashed various theories, however the one that most attracts attention is the future association that the dukes make with Robbie and that may be due to an appearance on the screen of the actress’s hand.

‪This evening The Duke and Duchess of Sussex accompanied Her Majesty The Queen and members of @TheRoyalFamily to the annual @RoyalBritishLegion Festival of Remembrance. This special event, which has taken place every year since 1923 at the @RoyalAlbertHall, commemorates all those who have lost their lives in conflicts.‬ • ‪This year’s Festival marked the 75th anniversary of a number of crucial battles of 1944, with a particular emphasis on the collaboration and friendship of the British, Commonwealth and Allied armies who fought them. A unique tribute was given to acknowledge those involved both past and present, culminating in a special parade of some of the last surviving veterans who fought and served in 1944.‬ • ‪Their Royal Highnesses, who last year attended their first Festival of Remembrance together, were honoured to once again pay tribute to all casualties of war and remember those that have made the ultimate sacrifice for their country.‬ ‪#FestivalOfRemembrance ‪#WeWillRememberThem‬ Photo © PA / Royal British Legion

On the other hand, it was known that in 2015 it was the model Cara Develigne who presented Harry with Margot during an opening party at the model’s house in Suki Waterhouse where he even confused the former royal with singer Ed Sheeran.

“When I saw him with those glasses, I thought: ‘My God, I didn’t know that Ed Sheeran was at the party.’ He was very offended. But he didn’t wear a crown! I don’t know if he’s a prince! “He told Jimmy Fallon on The Tonight Show a year later.”