Home Celebrity Meghan Markle and Harry: their move to the United States turns into... 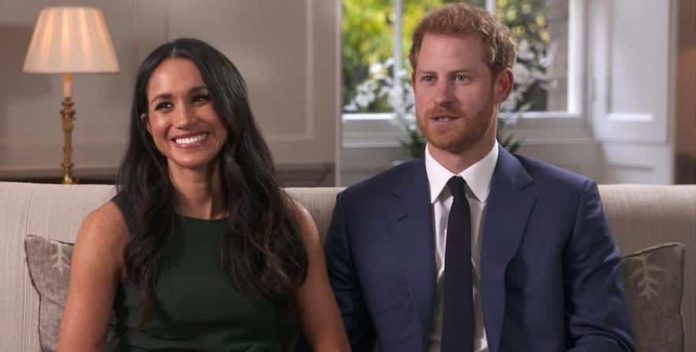 Meghan Markle and Harry do not seem to integrate well in the United States. Indeed, the young prince has trouble obtaining papers.

Happy to have left England for the United States , the new life of Meghan Markle and Harry does not seem so obvious. The young prince is struggling to get his green card!

At the beginning of 2020, Meghan Markle and Harry had made a big revelation on their Instagram account. The couple said they wanted to leave the UK behind the back of the royal family.

Surprising news that quickly made the buzz. After many months of relentless battles, they finally managed to get rid of their ties to English royalty. In fact, since March 31, Meghan Markle and her husband are completely free. They also decided to start this new life in the sun , in Los Angeles!

There, they hope to be able to raise their son as they wish. But also and above all, to launch out in a new career. However, the perfect plan now seems fraught with pitfalls and life does not seem that simple.

THE NEW DEPARTURE OF MEGHAN MARKLE AND HARRY LOOKS BAD!
The President of the United States did not already seem very pleased with the arrival of the two celebrities on his territory. In fact, Donald Trump had explained that Meghan Markle and her husband would not have the right to any protection from him!

A question that the spouses therefore had to settle themselves. But today the Duke and Duchess of Sussex face a whole new problem. That of the green card.

Of American origin, Meghan Markle has no worries . But her English husband seems to be having trouble getting papers. He therefore only has a simple visa since he cannot apply to become a citizen of the USA.

Indeed, if he did, he would have to say goodbye to all his titles. As for diplomatic status, he can only obtain it if he requests it from Trump! To be continued…