Home Celebrity Meghan Markle and Harry: Why did they leave the royal family on... 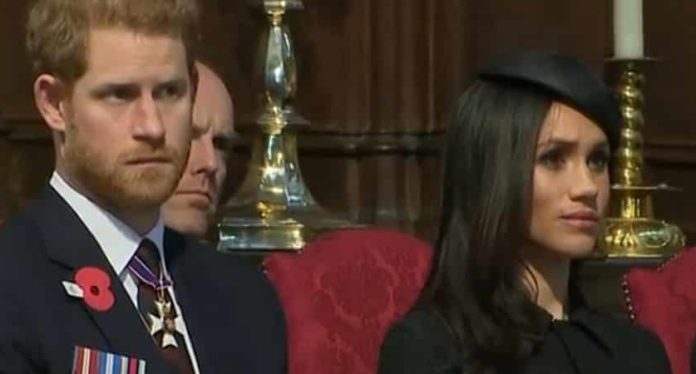 Since March 31, 2020, Meghan Markle and Harry have been released from all royal obligations. According to “Hello”, this date would not be a coincidence.

No more scandals! Meghan Markle and Harry are also free to do what they want … or almost.

A new life is now offered to Meghan Markle and Harry. Since March 31, the Sussex couple no longer act on behalf of the Firm.

On that date, the Meghxit was also recorded. According to Hello magazine, that same day the Windsor clan usually closed its accounts!

This information therefore highlights an amicable arrangement between Archie’s parents and the rest of the royal family. Meghan Markle and Harry wanted independence quickly, so they got what they wanted!

“[This date] corresponds to the closing of the accounts of the royal family for the past year. Buckingham Palace publishes its annual financial report around June ” , explains Hello in its columns.

But also: “Buckingham Palace publishes its annual financial report around June, (…) including travel, personnel and maintenance costs for the residences” . A logical and necessary choice that seems to have settled everyone.

MEGHAN MARKLE AND HARRY: MARCH 31 WAS NOT CHOSEN AT RANDOM
Now you know why, the date of Meghxit was acted on March 31st. This controversy past, other concerns arise from all sides within the Windsor clan.

First of all, England is also facing the Covid-19 epidemic . To make matters worse, Prince Charles in turn contracted the coronavirus.

According to the latest news, he is much better. For her part, Queen Elizabeth II remains confined with her husband Prince Philip at Windsor Castle.

According to some English media, Prince Harry is very worried about the health of his grandmother and that of his father. Confined with Meghan Markle in LA, Prince Charles’ youngest son is said to be in constant contact with Buckingham.

Angry, the English also blame Meghan Markle for having diverted Harry from his family. Case to follow…

Inside the “causal” relationship of Jason Momoa and Asa Gonzalez: they...