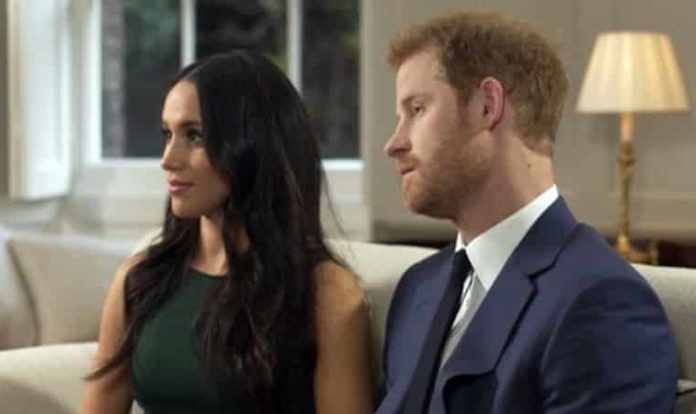 Meghan Markle and Harry are again in the spotlight. Thus, the two spouses were quite heckled when they arrived in London.

Meghan Markle and Harry are once again in the spotlight. This time, while they are expected in London, the two spouses were somewhat jostled by the crowd .

When Meghan Markle and Harry are out in London, it’s memorable. It must be said that their appearances do not go unnoticed . After all, the couple dropped a bomb 2 months earlier, announcing they wanted to live in Canada.

If the couple have planned to leave England to live a slightly more normal life, they still have to fulfill certain commitments. Thus, Meghan Markle has aroused a lot of controversy, faced with her irreverent attitude .

Yes, the Duchess of Sussex took some time before showing the tip of her nose. Which was not to the taste of the Queen of England. Finally, now Meghan Markle is in London. And her appearance alongside Harry did not fail to appeal to the crowd .

The royal couple leave the awards to a raucous send-oft from some onlookers. pic.twitter.com/yvjGYq7Bgm

MEGHAN MARKLE AND HARRY: THEIR RETURN DOES NOT GO UNNOTICED
It was during the Endeavor Fund Awards that Meghan joined Prince Harry. While they were meeting at the Mansion House, the Duke and Duchess of Sussex did not go unnoticed . Indeed, the evening was rather lively for Harry and his wife Meghan Markle . At least that’s what The Mirror reports . According to the newspaper, the two spouses were severely heckled.

No sooner had they arrived than a stranger whistled the couple. But things obviously did not stop there . Many people joined their, to stop Harry and Meghan. A series of bawdy songs followed. Judging by the timbre of their voices, everything suggests that they had abused alcohol a little.

It was therefore on the notes of “Come on Eileen” that the small group challenged Harry, chanting: “Come on Harry” . Finally, if this seems anecdotal, Meghan Markle and her husband will also have to face Kate Middleton and Prince William. And as we know, relations seem tense between the two royal couples.

BTS sells out all their concerts in Las Vegas and breaks...