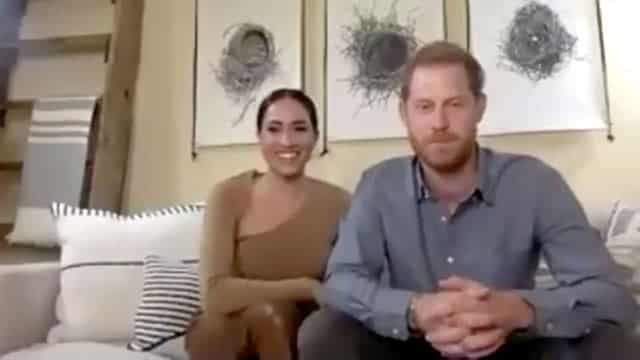 It’s been a year since Harry and Meghan Markle decided to leave the royal family. And since then, they have been at the heart of several scandals!

Harry and Meghan Markle are still criticized as much! The Prince has therefore decided to respond to certain controversies!

It’s an announcement that caused quite a stir! In January 2020, Prince Harry and Meghan Markle moved to the United States. They therefore gave up their titles.

Prince Harry wanted to keep his wife away from media pressure. Indeed, Meghan Markle could not stand it anymore. She didn’t seem happy with her in-laws.

So inevitably, the couple has been more and more discreet in the media. But that doesn’t mean the press has stopped talking about them!

Quite the contrary! The Sussex rebels were in the news every day! So they suffered a lot in 2020.

Added to this is the loss of their second child. They had revealed this sad information to our colleagues at the New York Times.

Prince Harry and Meghan Markle who have fallen victim to internet disinformation have decided to talk about it!

Thus, the grandson of Queen Elizabeth II said: “I was very surprised to see how my story was told. How my wife’s story was told in a certain way (…). ”

“This false narrative has become the heart of all this harassment. This would never have happened if our story had been told honestly from the start ”.

Prince Harry then continued, “It has brought us to hear from so many other people in the world. We have given a lot of thought to those in much more vulnerable positions than us. And how much there is a need for real empathy and support. ”

See Also
Meghan Markle: How did she make her bow "useful"?

“On their own scale, each has been affected by the current consequences of the digital space. It could be as individual as seeing a loved one embark on a path of radicalization. “

Plus belle la vie: Samia confesses her feelings to Boher

Are Meghan Markle and Harry close to Kamala Harris?