Home Celebrity Meghan Markle and Harry: how did they experience Elizabeth II’s speech? 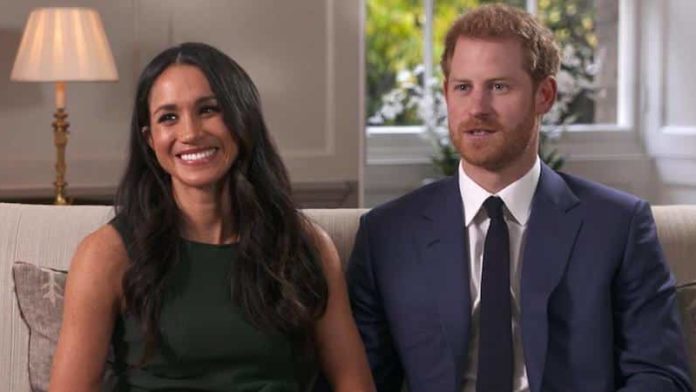 Even far from England, Meghan Markle and Harry insisted on attending the Queen’s speech. They watched the latter on television.

Far from England, Meghan Markle and Harry were able to watch the Queen’s speech on TV. It was the 4th time that it addressed the British people!

If Elizabeth II does not often speak to the people of the United Kingdom, the current health crisis has forced her to assume her duty as queen.

Indeed, in 68 years of reign, it was only the 4th time that it was addressed to the English . The cause ? Covid-19 has been ravaging hundreds of countries for several months.

As in many places, England is therefore also confined to curb the advance of the virus from China. Today, there are then more than a million positive cases of coronavirus worldwide and more than 70,000 deaths.

And even thousands of miles away, Meghan Markle and Harry couldn’t help but listen to the Queen’s words. A hopeful speech that the Sussexes seem to have liked very much.

Despite the Megxit, Archie’s parents therefore always keep an eye on what is happening in England. Indeed, Meghan Markle and her husband have been officially free since March 31.

MEGHAN MARKLE AND HARRY ARE NOW LIVING IN LOS ANGELES!
An anonymous source has also entrusted the feelings of Meghan Markle and Harry to the American magazine Harper’s Bazaar. And according to this, ” i ls were very moved by the words of the Queen. ”

“They described the speech as a demonstration of experience and leadership, but also of warmth, calm and comfort. ” Even added this source.

For the past 7 days, Meghan Markle and her husband have said goodbye to their duties to the royal family . After living in Canada, they now live in Los Angeles.

Indeed, Archie’s mom wanted to be closer to her mother and thus live in the city of her childhood . Case to follow…

Pretty Little Liars: Ashley Benson unbearable on the set of the...