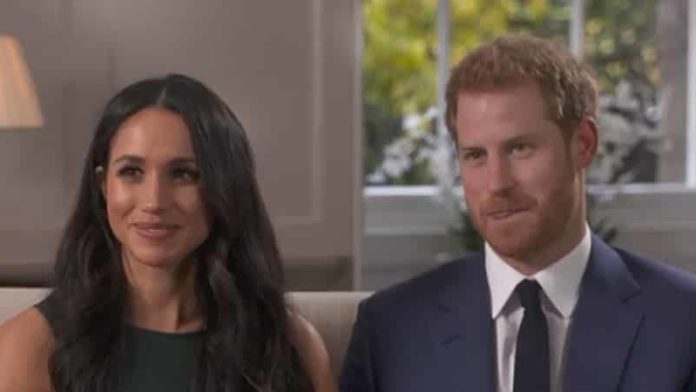 Since the Meghxit, Meghan Markle and Harry have kept a low profile. According to some English media, it was on the order of Queen Elizabeth II.

In this period of crisis, Elizabeth II does not want any more scandals within the Windsor clan. Prince Charles’ mother would have even asked Meghan Markle and Harry to be more discreet in the coming months.

Since March 31, Meghan Markle and Harry are therefore released from all royal functions. After many controversies, the Sussex couple could no longer serve the Crown.

To make matters worse, the parents of little Archie no longer really got along with the Cambridge couple. Now Meghan Markle and Harry live far from the Windsor clan in the United States.

They now devote themselves to other projects. The latest news is that Prince George’s aunt wants to make her place in the world of the 7th art. But that’s not all. The Sussexes also launched their own foundation called Archiwell.

A choice that is not really unanimous in Great Britain. Like Queen Elizabeth II. Indeed according to The Mirror, the monarch would have asked the couple to be discreet in the coming months. Russel Myers, a royal expert has also given all the reasons in his last podcast.

MEGHAN MARKLE AND HARRY: ELIZABETH II FORCE THE COUPLE TO BE SILENT?
According to Russell Myers, the monarch wanted Meghan Markle and Harry to keep a low profile in this period of crisis. ” The royal family certainly advised them to step back and take a little time,” said the royal expert.

And to continue: “But in view of the current situation, it is probably not bad advice to take a few months off” . And to conclude: “The situation of the coronavirus will unfortunately last several months”.

Never mind! Meghan Markle and Harry will take the opportunity to devote themselves solely to their small family. According to some bookmakers, the Sussexes could possibly welcome a second child in the coming months.

Grey’s Anatomy season 17: is Jo still in love with Alex?