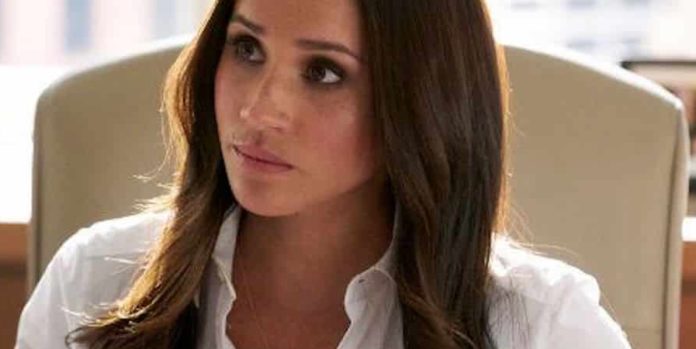 Meghan Markle and Harry have recently been in Canada. the Academy offered to give them an award at the Oscars tonight!

Meghan Markle and Harry have recently moved to Canada and are leaving out some of their royal family duties. These are more popular than ever and they almost gave an Oscar tonight!

THE ROYAL COUPLE PRESENT AT THE OSCARS THIS EVENING?
For several weeks, Meghan Markle and Harry have been talking about them a lot. After receiving numerous criticisms, the latter chose to leave England to go and live in Canada. In addition, they chose to set aside some of their functions to the Crown . The couple want to have their financial independence and be able to live in complete privacy with their baby.

In the meantime, Meghan Markle and Harry always show as active. They go to conferences and they remain public figures. So, according to the Hello! Media, they were contacted in order to go to the Oscars this evening. The ceremony will take place in Los Angeles overnight from Sunday to Monday. The Academy would have made a very nice proposal to the couple and they should have given a price!

MEGHAN MARKLE REFUSES TO GIVE AN OSCAR PRIZE
According to the media, Meghan Markle and her husband were contacted to hand over the most important Oscar award. Indeed, they would have been offered to award the Best Film award during this great evening. However, the two stars have declined the offer and they will not travel to Los Angeles tonight. ” They were honored by this request, but declined the invitation, ” said a source for the media. However, if this is true, it seems strange that they refused such an opportunity!

It seems strange that Meghan Markle refused to give such an important prize to the Oscars. Indeed, the starlet is known in the world of cinema since she was an actress. Her fans were able to see her on the small screen in Suits and she had one of the main roles in the series. In addition, she grew up in Los Angeles and could have gone back there for a few days to see her family. Finally, the starlet and Harry have always shown a great interest in cinema. And for good reason, they had caused a sensation at the preview of the Lion King in London with Beyoncé and Jay-Z…

Why some fans consider this death the saddest