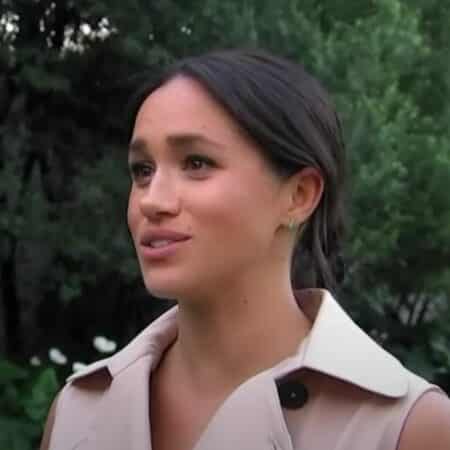 Queen Elizabeth II takes further steps after Meghan Markle and Harry leave. Here is what will change for them after the Megxit.

This Monday February 15, the whole world discovered that Prince Harry and her wife were expecting their second child! Two years after the birth of little Archie, the ex-Duchess of Sussex is therefore pregnant again.

It should be noted that this summer, the young mother had suffered a miscarriage. This announcement therefore promises a good year for the couple who have been very discreet for several months.

Meghan Markle therefore announced her fat this Sunday, February 14. In fact, journalist Chris Ship, Queen Elizabeth II was only informed “shortly before the announcement was made public.”

The couple prove once again that they value their independence and intend to keep their distance from the rest of the royal family. Installed in Santa Barbara, Prince Harry and his darling indeed wished a life far from the Crown.

In fact, Meghan Markle will experience her second pregnancy away from the royal family. It thus marks a real break with it.

Archie’s baby brother or sister is expected to be born in the United States in September. The baby will be the first great-grandson of the queen to be born elsewhere than on her territory.

Embarrassed by all this story, Elizabeth II made a radical decision towards the couple. By wanting to stray too far from the Crown, what are the risks for Prince Harry and his wife? We tell you everything.

Elizabeth II therefore made a big decision concerning Prince Harry and his wife. The sovereign will indeed ask them to abandon all their patronage that they provided as representatives of the Crown.

In fact, she plans to announce all this at the end of March. A non-trivial date since it will coincide with the first anniversary of the Megxit.

For her part, Archie’s mother will have to give up her position as patron of the National Theater. You should know that she was the godmother for 45 years!

A source tells the Daily Mail that the Queen’s decision against Meghan Markle and her husband is “an inevitable and unfortunate consequence of Megxit”. CBS will broadcast a 90-minute interview on the couple’s life.

The first part will deal with the arrival of the young actress in the life of the prince. Then about her motherhood and the media pressure. Prince Harry will join her later to talk about their new life in the United States. Case to be continued.