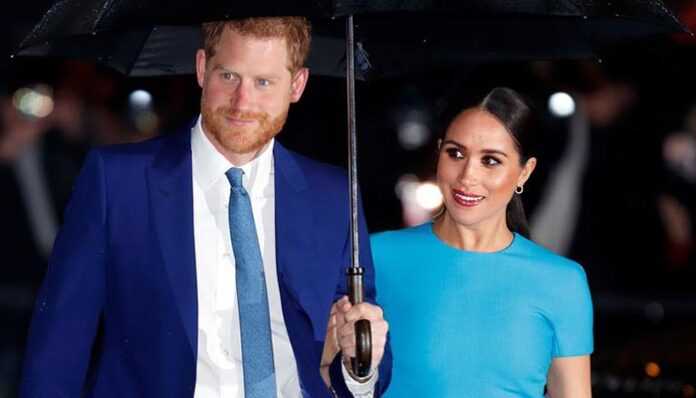 It seems that Prince Harry is not living very well his move to California. Meghan Markle has a hard time understanding this.

Meghan Markle and Prince Harry have retired from the royal family for five months now. And since then, the former actress has struggled to identify Prince Harry!

On April 23, a source close to Prince Harry confessed to our colleagues from OK Magazine that the latter was having a hard time living his move to California.

And that could unfortunately have serious consequences on his relationship with Meghan Markle. The bad news is piling up for the two lovebirds!

Eh yes ! “It could be the hardest ordeal for Harry and Meghan to go through since they got married. “

“For Harry, this must be felt as a total change from everything he has never known. “Said the same source.

“It’s a new life, and even professionally, it’s a complete change in terms of the numbers of people involved in their private lives and making important decisions.”

Indeed, while Meghan Markle’s husband finds himself far from his family, he would therefore have realized the importance that she has for him.

MEGHAN MARKLE IS VERY WORRIED FOR HER SPOUSE!
And the young mother therefore has difficulty understanding her attitude. She is even very worried about him. “Meghan would be concerned that separation from the royal family would have a disastrous effect on Harry. ”

Especially since Meghan Markle and Harry still don’t have their own home in California. They still live with the American producer Tyler Perry.

The actor therefore lent his house to the parents of little Archie. This could therefore cheer up Lady Diana’s son! One thing is certain! His wife is always there to support him.

So this is a case to follow on Somag News …